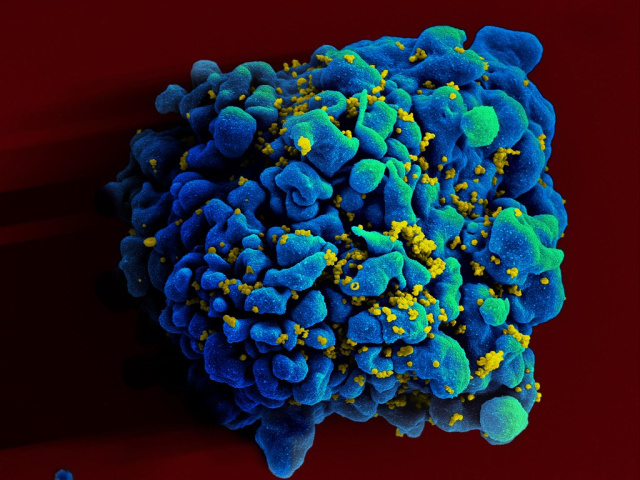 According to research results presented at the IDWeek Conference in Washington, starting antiretroviral treatment (ART) early in the course of HIV infection when the immune system is stronger results in better long-term health outcomes compared to delayed ART.

The results are based on a prolonged follow-up of participants in the Strategic Timing of Antiretroviral Treatment (START) study, which was funded by the National Institutes of Health. In 2015, START found that participants who started ART when their CD4+ T-cell counts--a crucial sign of immune system health--were higher than 500 cells per cubic millimeter (mm3) had a 57% lower risk of developing AIDS and serious non-AIDS health outcomes than those who waited until either their CD4+ counts fell below 350 cells/mm3 or they got AIDS. The participants in the deferred treatment arm were instructed to start ART after these findings were reported in 2015 as a result.

According to the Centers for Disease Control and Prevention, 1.2 million Americans are thought to be HIV positive, and 13% of them are unaware of their condition. HIV keeps reproducing if diagnosis and treatment are put off. The health of the infected person may suffer as a result, and the risk of the virus spreading to other people may also rise.

The international START study established the value of early ART initiation; however, a longer-term follow-up of 4,446 participants was conducted to ascertain whether the health advantages of early ART compared with deferred ART grew, stayed the same, or decreased after the participants in the deferred arm were advised to start ART.

The number of participants who developed AIDS, those who developed severe non-AIDS health conditions, such as major cardiovascular disease, kidney failure, liver disease, and cancer, as well as those who passed away, were the study's main endpoints.

The median CD4+ cell count for participants who started ART before the end of 2015 was 648 cells/mm3 for the immediate arm and 460 cells/mm3 for the deferred arm. In the analysis presented today, the primary study endpoints occurring before the end of 2015 were compared to those occurring during the extended follow-up period, which ran from January 1, 2016, to December 31, 2021. Most deferred-arm participants were taking ART during the later time period.

People starting ART in the deferred group experienced rapid and sustained drops in HIV viral load (less than or equal to 200 copies/mL) during the second period, but their CD4+ cell counts remained, on average, 155 cells lower than those of people in the immediate ART group.

The deferred ART group continued to have a somewhat greater risk (21%) of serious health consequences or death in comparison to the immediate treatment group. Twenty-seven cases of AIDS occurred in the five-year follow-up period in the deferred treatment group compared with 15 cases in the early treatment group.

These results confirm that ART significantly improves HIV-positive individuals' health and lowers their risk of contracting AIDS and other serious illnesses. According to the presenters, early diagnosis and treatment are essential to maximizing these benefits and lowering risk.