London: A Russian Su-27 Fired a Missile near a British Spy Plane over the Black Sea 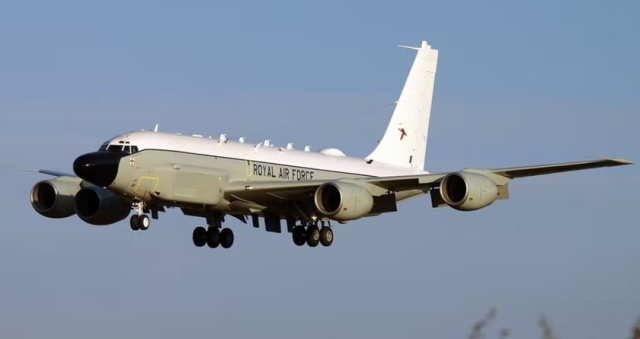 British Defense Minister Ben Wallace announced to Parliament that a Russian Su-27 fighter jet fired a missile at a British reconnaissance aircraft that was in international airspace in the Black Sea region, the BBC reported.

According to Wallace, the incident occurred on September 29, when a British Boeing RC-135 was fired upon.

Ben Wallace added that Britain has since temporarily grounded its aircraft in the region and raised concerns with Russian Defense Ministry officials, including Sergei Shoigu personally.

According to Wallace, the Russian Ministry of Defense responded that the missile was fired as a result of a technical malfunction.

"The Russian Defense Minister's response, received on October 10, said that they investigated the circumstances of the incident and stated that there was a technical malfunction of the Su-27 fighter jet. They also acknowledged that the incident took place in the international airspace," Wallace pointed out.

Britain has already resumed reconnaissance flights in the area, but the fighters are now being escorted by unarmed aircraft, the British minister added.

The Russian Ministry of Defense has not yet issued its own statement on the incident.

Reconnaissance aircraft from the United Kingdom and other NATO countries are constantly patrolling the airspace near Ukraine, where a full-scale Russian invasion is underway, adds the BBC.