Only Two Bulgarian Universities in a World Ranking 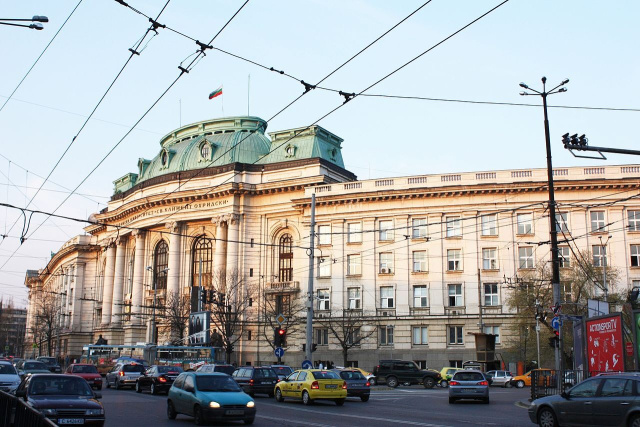 Only two of the 52 Bulgarian higher education institutions have found a place in the Times Higher Education World University Rankings for 2023. Sofia University's average score ranks it after the top 1200 in the 1201-1500 category. Last year it was in the 1200+ category. The Technical University in Sofia is losing 300 places per year. Last time it was between 1201st and 1500th place and now it is at 1501+.

Under the line is the former International College - Albena, now the Higher School of Management - Varna, without a place in the ranking. This was also the case in 2021. There is no fourth Bulgarian higher education institution in the ranking.

This year, 1,799 universities from 104 countries and regions are included in the World University Rankings. More than 2,500 institutions provided data. It is based on 13 indicators that measure the performance of an institution in four areas: teaching, research, knowledge transfer and international perspectives. Over 121 million citations in more than 15.5 million scientific publications were analyzed and survey responses from 40,000 scientists worldwide were included.

In the ranking, only among developing economies, SU is after the first 500 (500+), where TU-Sofia is also.

In the science ranking, the Technical University of Sofia performs best in computer science. It is there among higher education institutions after the first 800 (801+).

The top 20 universities in the world according to the largest international ranking look like this:

13. The University of Chicago - USA

The US continues to dominate global higher education, but China is closing in on American global supremacy. The weak link of the Asian superpower is internationalization.

The research preeminence of American universities is declining, in part because of the widening gap in performance between elite universities and the rest.

In terms of research quality, as measured by citations, China is catching up. Over the past year, China's average citation score has increased from 55.6 to 58.0. Over the same period, the US score dropped from 70.0 to 69.4 (based on universities ranked in both years).

The average total score of US universities increased by 0.1 between 2022 and 2023, and in China the increase over the same period was 1.6. The average increase for the entire world is 0.7.

However, the picture is not all "rosy" for the Asian powerhouse. The data shows that internationalization is the weak link. All four indicators for this activity recorded a decline. China's average international outlook score fell from 34.1 last year to 32.6 based on all Chinese universities ranked in 2022 and 2023. The country's average score for international students dropped from 33.9 to 32.4, for international co-authorship - from 24.0 to 22.5, and for international staff - from 44.3 to 43.0.

As the figures for these indicators reflect the academic year 2019-2020, the closure of borders due to the pandemic was not the driving factor behind the decline, reports the Times Higher Education.

In the US, the best universities continue to dominate the upper parts of the rankings, but a divide is emerging between the quality of research at elite universities and the rest. The citation score declined slightly for the top 25% of US universities, but the bottom 75% lost about four points over five years. Conversely, the bottom 75% of Chinese universities increased their average citation rate by 16 points.

The variability among US universities is valid for research output, collaboration with industry, and international outlook. In teaching, however, the average score of the top universities has fallen, while the bottom 75% have improved.

"In-depth analysis of trends in our rankings data shows a clear difference between the overall performance of the top 25 percent of US universities and the bottom 75 percent. The top quartile of universities remains broadly in line with their global peers; however, the remaining 75 percent are falling in the ranking and in the main results compared to their peers around the world," says David Watkins, head of data science at Times Higher Education.