Bulgaria: 75 Migrants were found in a Truck on "Trakia" Highway 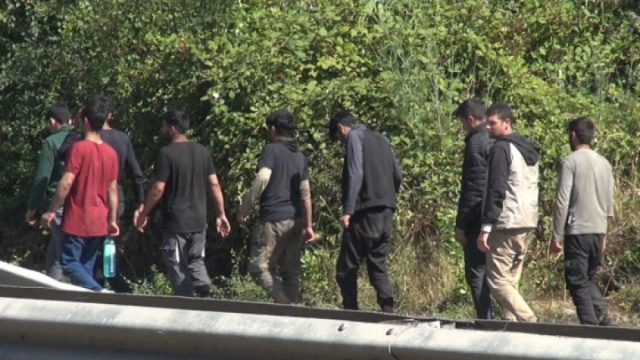 Employees of the "Road Police", sector - Pazardzhik, detained illegal migrants on the "Trakia" highway in Bulgaria.

The spokesman of the Pazardzhik police, Miroslav Stoyanov, specified that in the area of ​​the 86th km in the direction of Sofia, the police stopped a Mercedes truck driven by a 56-year-old Bulgarian.

75 illegal migrants, possibly from Afghanistan, were found in the cargo compartment of the truck.

On the spot, the 56-year-old driver tested positive for drugs, and it also turned out that he had a driver's license for a lower category.

The foreigners will be handed over to the "Migration" sector, and the driver has been taken into custody, added the spokesperson of the Pazardzhik police.