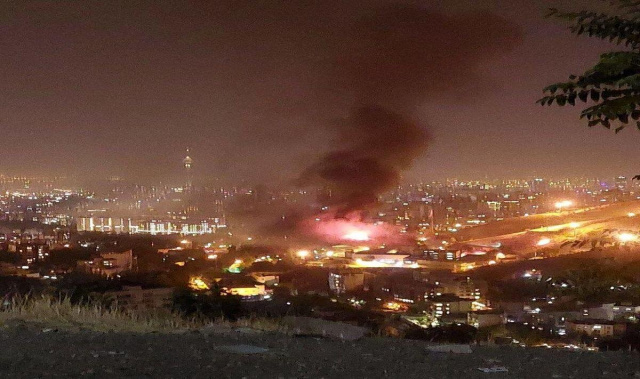 At least four people died and 61 were injured in the fire at Tehran's Evin prison on Saturday, state news agency IRNA reported.

The fire erupted as a result of clashes among a number of inmates, according to the judiciary adding that this prompted security and health forces to help stop the skirmish. The security sent 70 prisoners engulfed in the fire to a safe place. 51 of the injured were treated immediately and 10 others were hospitalized, according to IRNA.

According to the report, the four prisoners who lost their lives in the fire were among those who were imprisoned on the charge of theft.

The situation at the Evin prison returned to normal conditions in the early hours of Sunday and prisoners were allowed to make phone calls with their families.

The state media outlet, in the initial stage, claimed that clashes inside Evin Prison on Saturday have nothing to do with the recent unrest in the country.

It said the ward of prisoners incarcerated on security charges is separate from the ward of bandits and prisoners serving their jail terms on financial charges where the fire incident happened.

The fire comes as Iran continues to be rocked by its most intense unrest in decades. In September, Mahsa Amini died after she was detained by the country's morality police for apparently not wearing her hijab properly.

Iranian authorities have since unleashed a brutal crackdown on demonstrators, who have united around a range of grievances with the country's authoritarian regime.

Hundreds of those detained during the protests have reportedly been sent to Evin.

The United States said Iran is fully responsible for the safety of wrongfully detained citizens in Evin Prison.

"We are following reports from Evin Prison with urgency. We are in contact with the Swiss as our protecting power. Iran is fully responsible for the safety of our wrongfully detained citizens, who should be released immediately," US State Department Ned Price said in a tweet.