Bulgarian Defense Minister: We don't have many Serviceable Weapons to Give to Ukraine 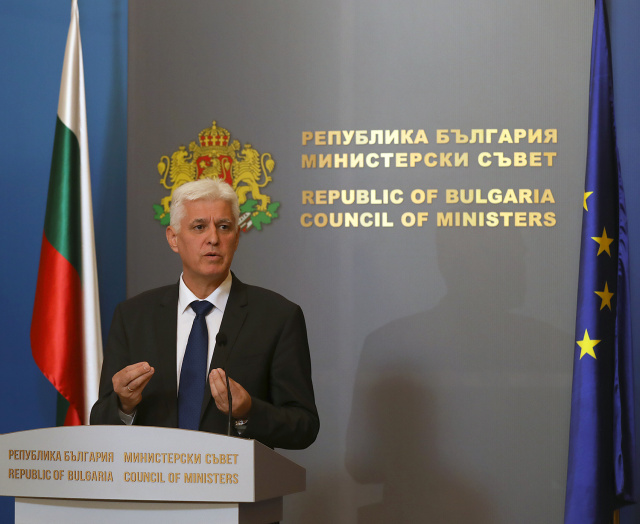 “Bulgaria does not have many surplus weapons, not to mention that it does not have many serviceable weapons. If we had, the army would not face such difficulties. We have a serious problem with the maintenance of the equipment and a large percentage of it is faulty. I don't see what we can give out of the serviceable equipment we have. This will impair our capabilities”, Defense Minister Dimitar Stoyanov told Nova TV regarding Bulgaria’s possible military aid to Ukraine.

"If we donate it, how will we fulfill our national security obligations?".

Stoyanov announced that there were signals from Ukraine demanding that our country help with weapons.

"They have a certain wish list of what the countries should provide. But I say again - Bulgaria does not have so many surplus weapons to be provided. We will simply lose our capabilities", said the Minister of Defense categorically.

"There are four multinational battle groups - Bulgaria, Romania, Hungary and Slovakia. This is the strategic concept under which the battalion battle groups were created. Bulgaria is no exception", clarified the minister and emphasized that Bulgaria is not the weak link within the pact.

The Minister of Defense linked the cyberattack on the websites of Bulgarian institutions with the involvement of the name of Bulgaria with the explosion of the Crimean bridge.

"They are related actions, it is not accidental. Some will interpret it as an attempt to get back at Bulgaria for participating in one way or another. After all, our country did not participate in the explosions. And the hacker attack was repelled successfully", he assured.

The risk of nuclear war

According to the defense minister, nuclear weapons are seen as a deterrent, not an offensive one.

"The threats coming from Russia must be taken seriously. I personally hope that reason will prevail and that it will hardly be allowed to reach a nuclear war. Because there won't be a winner in such a situation", emphasized Stoyanov.

He pointed out that NATO is starting nuclear strike defense drills, which are routine.

Will our fighter aircraft be functional?

According to Dimitar Stoyanov, our strike aviation is currently in an extremely difficult condition. The minister pointed out that with the MiG-29 we can protect our airspace until the end of 2023. And that is if we manage to deliver the already agreed upon engines.

According to Stoyanov, the insinuations about how the official government buys Gripen are, to put it mildly, inappropriate.

"The juxtaposition of expertise with politics has resulted in the fact that we currently have no Western aircraft to carry our combat duty. If they had listened to the experts, we would have had it," he added.

Stoyanov defined it as a shame if the combat duties over our skies were taken over by another allied country from NATO.