After the Fall of the Bulgarian Veto, the EU will send Border Guards to North Macedonia 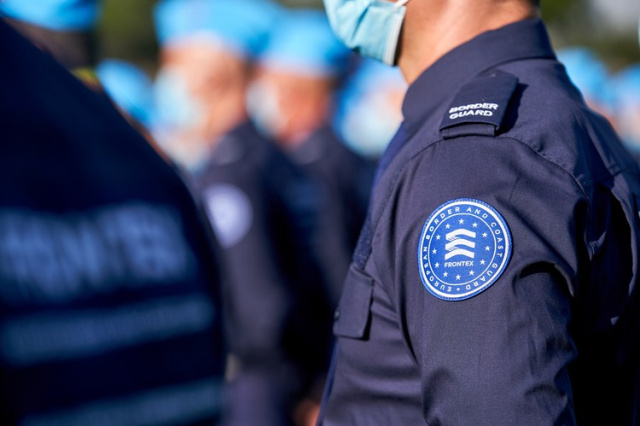 The European Union will send officers from its Frontex border agency to help Macedonian border guards fight illegal migrants after signing an agreement on October 20 to do so.

So far, it has been blocked by Bulgaria's veto on North Macedonia's EU integration, as Sofia did not allow the agreement to be signed in the Macedonian language.

After Bulgaria signed the French compromise, its objection to the mention of the Macedonian language is no longer mandatory for the other European partners and for the European institutions, and it will continue to call it "the constitutional language in the Republic of North Macedonia".

The EU Council of Interior Ministers decided on Thursday to sign an agreement on cooperation in border management between the European Border and Coast Guard Agency (Frontex) and North Macedonia. It also agreed to send the draft decision on the conclusion of the agreement to the European Parliament for approval.

"The EU and the Western Balkans share common migration challenges and the only way to tackle them is through joint action. The agreement with North Macedonia is an important step in this close cooperation. This will allow Frontex to provide concrete support on the ground for the benefit of both North Macedonia, as well as the EU countries," said Czech Minister of the Interior Vit Rakusan, whose country currently holds the presidency of the EU Council.

The agreement will allow to organize joint operations between the European border agency and the Macedonian authorities and to deploy "Frontex" teams along the borders of North Macedonia. .

"Strengthening border controls in North Macedonia will contribute to further enhancing security at the EU's external borders," the Council said in a statement after EU interior ministers approved the deal on Thursday.

The EU has similar agreements with Albania since 2019, with Montenegro and Serbia since 2020, and is negotiating with Bosnia and Herzegovina to sign one.

According to data from Frontex, the route through the Western Balkans is the most actively used by traffickers this year, with over 106,000 people illegally crossing EU borders through this route in the first nine months of 2022, an increase of 170% compared to 2021

Due to the high influx of migrants, the Czech Republic and Austria have returned checks at their borders with Slovakia, and Germany has extended border controls with Austria.