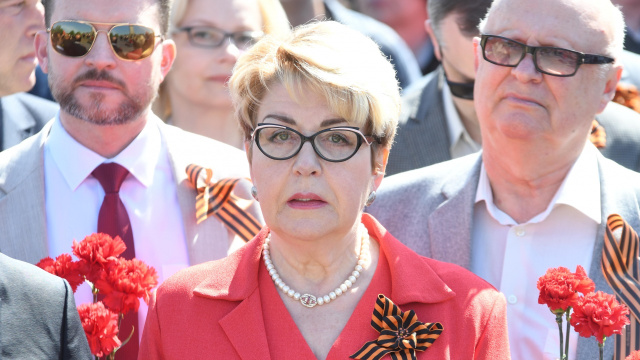 The ambassador of Russia and Eleonora Mitrofanova and the temporarily acting ambassador of the embassy of Belarus in Bulgaria Nikita Leshukov will not receive invitations to the opening of the 48th National Assembly.

This was announced by Nadezhda Yordanova from "Democratic Bulgaria" after a meeting of the parliamentary parties in the parliament.

In recent days, three of the parties represented in the parliament have declared against the Russian ambassador Eleonora Mitrofanova attending the first session of the 48th National Assembly - GERB, "We Continue the Change" and "Democratic Bulgaria".

According to "Vazrazhdane", these actions will spoil Bulgaria's relations with Russia.

The Bulgarian Socialist Party (BSP) rather maintained neutrality, while the Movement for Rights and Freedoms (DPS) did not comment on the topic.

"Bulgarian Rise" defined the controversy over Mitrofanova's presence as a political smokescreen and urged not to shift the focus from the discussions about the problems in Bulgaria.

According to the protocol, the representatives of the foreign diplomatic corps are present at the first meeting of the new parliament.