Bulgaria: A Student from Sofia entered the Classroom with a Gun 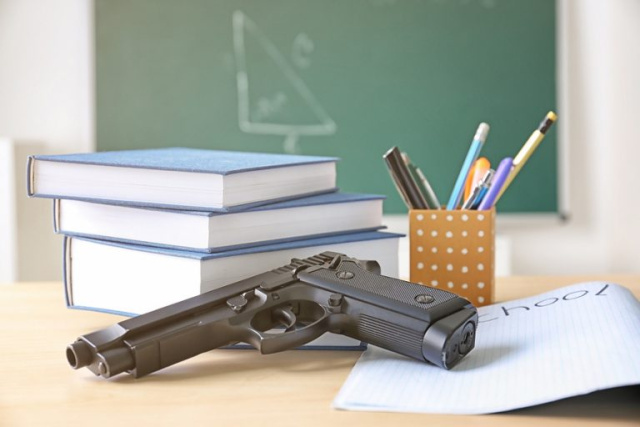 A student from Sofia entered the classroom with a gun - the parents of a classmate of the boy in question told Nova TV this morning.

The alarming case is from 60th "St. St. Cyril and Methodius" Primary School.

The student is a seventh grader.

The signal was given by Maggie Todorova - mother of a seventh-grader.

According to Nova, it was a gas gun.

The children of the class confirmed to the principal Iliana Krasteva what happened. She notified the boy's parents. The father did not know. He claimed the gun was locked in a safe. But he checked and the weapon was missing.

However, it is no longer with the child. Around noon, it became clear that the gun was no longer in the bag of the student who brought it.

The principal commented that it was probably taken by another student and called on live television for the gun to be returned.

Krasteva notified the Second Regional Office of the Ministry of Internal Affairs. Talks were also held with the regional mayor. Psychologists will work with the children.

Parents threaten not to send their children to school.