IMF: There is a Danger of Recession in the World Economy in 2023, Bulgaria with Slow Growth 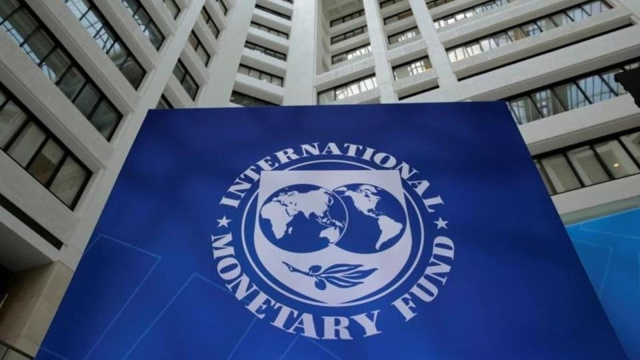 A sharp tightening of financial conditions amid high inflation could lead to a recession in the global economy in 2023, according to the International Monetary Fund's (IMF) World Economic Outlook report released today.

The document makes it clear that the organization is increasing its forecast for Bulgaria's economic growth this year. For 2023, however, the IMF significantly reduces its expectations for the growth of the Bulgarian gross domestic product (GDP).

The IMF forecasts that Bulgaria's GDP will slow to 3.9% from 4.2% in 2021. The previous forecast predicted a slowdown in economic growth to 3.2%.

According to the published data, the expectations for inflation this year and next year, as well as for the growth of unemployment, are also increasing.

According to the IMF, this year inflation in Bulgaria will accelerate faster than expected – up to 12.4% compared to 11% set in the previous forecast. In 2023, consumer price growth is expected to slow to 5.2%.

The current forecast foresees a slightly stronger growth in unemployment in Bulgaria – up to 5.1% this year and 4.7% in 2023, compared to, respectively, 4.9% and 4.6% in the previous forecast.

Fears of a recession rose in the middle of this year as central banks around the world strongly signaled their resolve to fight record-high inflation, the IMF's Global Financial Stability Report said.

It noted that every time the US Federal Reserve raised the federal funds rate near or above the neutral nominal interest rate measures, the US economy went into recession soon after, with the exception of the 1994 tightening cycle when inflation was not excessively high around this period.

"The global environment is volatile with storm clouds on the horizon. Inflation is now at multi-year highs and is widespread across countries. The economic outlook in many countries continues to deteriorate. At the same time, geopolitical risks remain," the document said. "Asset prices sold off amid growing recession fears amid natural gas shortages and re-emergence of fragmentation risks in the Eurozone," the report added.

According to the IMF, in the private sector, large firms have seen their profit margins shrink due to higher costs, and small firms have declared bankruptcy as they are more affected by rising borrowing costs.

The organization warned that aggressive monetary policy tightening by central banks, which is driving up borrowing costs and tightening lending standards, could adversely affect housing markets.