Is Belarus joining the War in Ukraine 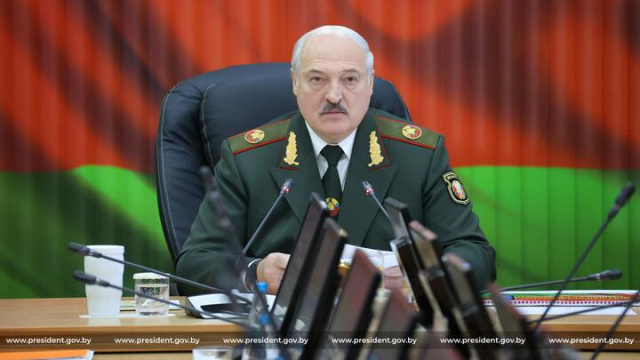 Looks like Russian President Vladimir Putin is set to involve Belarus in his war against Ukraine.

Belarusian President Alexander Lukashenko announced today the creation of a joint military grouping of the two countries, which are formally part of a union state. He said it would be used in case of danger along its western border. Belarus was one of the starting points for Russia's February 24 invasion of Ukraine.

"In connection with the tightening of the western borders of the Union State, we agreed to deploy a regional grouping of the Russian Federation and the Republic of Belarus. That's all according to our documents. If the level of threat reaches the current level, as it is today, we start using the group of the Union State. The basis (I have always said it) of this group is the army, the armed forces of the Republic of Belarus. I have to let you know that the formation of this group has begun. It's been going on, I think, for two days. I gave the order to start the formation of this group," wrote Lukashenko, as quoted by the state news agency BelTA.

Lukashenko said he recently spoke privately with Russian President Vladimir Putin during an informal meeting of leaders of the Commonwealth of Independent States, formed by former Soviet republics after the collapse of the Soviet Union in 1991.

The Ukrainian media recall that on the evening of October 8, the Ukrainian ambassador in Minsk, Ihor Kyzym, was invited to the Belarusian Foreign Ministry and was handed a note with a statement that Ukraine was preparing a strike against Belarus. Kyiv denied this information and called it a provocation of the Russian Federation.