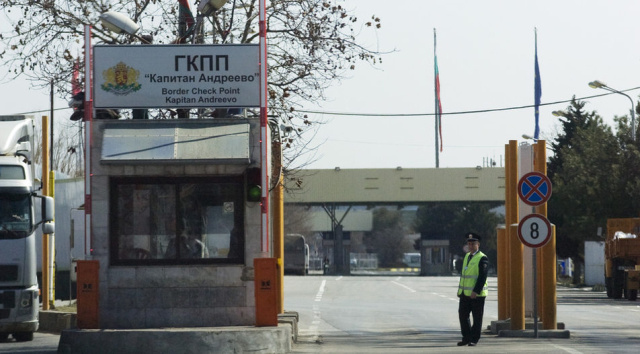 Parts of the Bulgarian border crossing "Kapitan Andreevo" will be declared a national security object by a decision of the Council of Ministers, which is being prepared at the moment. The news comes from the official Minister of Agriculture Yavor Gechev on bTV this morning. I.e. - obviously it is about the problem of phytosanitary control, which has been in private hands for a decade and which the state unsuccessfully tried to "regain" in recent months.

Funds will also be allocated for a public procurement for the construction of a state laboratory at the station, notes BTA.

The problem with the control of entry for the entire European community border crossing erupted under the government of Kiril Petkov, who announced that they would regain control and that the state was being damaged by millions a day. There were reports of threats against government officials and offers of hundreds of thousands in bribes.

In the end, the Supreme Administrative Court ordered the mandatory return of the Eurolab firm, which connects to mafia boss “Taki”, to the border and overturned the BABH's orders. And in all three cases, in a remarkable way, the random selection of the cases resulted in the chairman of the Supreme Administrative Court, Georgi Cholakov, sitting in person.

Then the government of Petkov fell and a caretaker government was created.

A possible change of the status of the checkpoint will probably "turn the game" more in the direction of the state.

The dismissal of the executive director of the BABH is not related to the "Kaptain Andreevo" border crossing, the caretaker minister told bTV earlier today. The policy regarding the statehood of the point continues, Yavor Gechev also said.

“We have the approval of the Minister of Finance to provide BGN 6.5 million for a public procurement, which will be allocated as a matter of urgency for the equipment of a state laboratory at the point” - announced the Minister of Agriculture. – “The border functions normally, control is carried out only by the state,” he pointed out.

Yesterday, the executive director of the Bulgarian Food Safety Agency (BFSA) - Hristo Daskalov, was dismissed from his post. The reasons for this were that after his return, he fired several employees of the Food Agency and appointed others in their place, they announced yesterday at a briefing in the Ministry of Agriculture. Hristo Valchev was appointed as the new executive director of the agency.