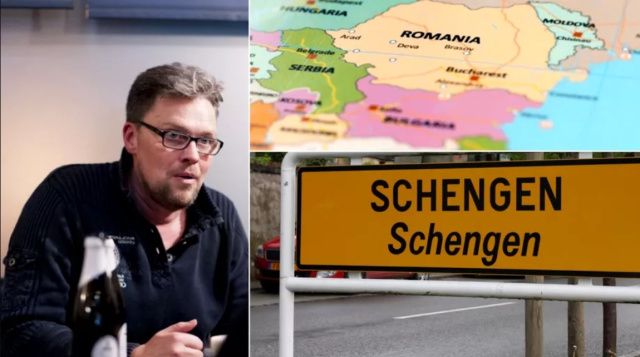 The EC hopes that the EU Council will take the historic decision in December.

Bulgaria and Romania fulfill all the criteria for joining Schengen. And for 11 years now. This was the joint position of the European Commission and all parties in the European Parliament, expressed during a debate in Strasbourg.

Surprisingly, however, two MEPs from Germany used their allotted 1 minute to insult both countries. Against the background of almost identical statements about how it is high time for the citizens of Bulgaria and Romania to travel freely, the MP from the party "Identity and Democracy" (ID) Gunnar Beck explicitly emphasized that, according to "Transparency International", the two countries are not only not making progress in the fight against corruption, but the situation is even getting worse. "Instead of expanding Schengen with 3 corrupt countries (a decision is also expected for Croatia), we must urgently rethink it by expanding internal border checks and effective protection of external ones," Beck said. According to him, the acceptance of both countries will increase mass migration in the EU, and they are still susceptible to corruption. 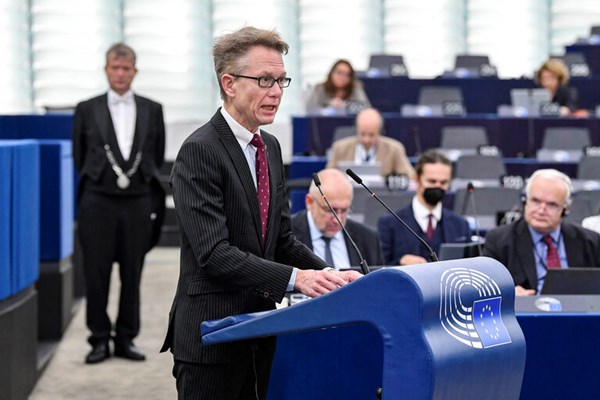 "To my colleague from Germany, I want to say that all the channels for illegal migrants in Europe are German", answered the Bulgarian MEP Andrey Slabakov.

Another German, also from ID, continued the provocations by telling how, traveling through Romania on his way to Ukraine, he was greatly surprised by the poor infrastructure.

"Romania is the wild west of Europe

Wild west in the middle of Europe. How is it possible that this country is a member of the EU? Ukraine used to have much better infrastructure and order. Didn't anyone see that when they were accepting Romania?” Guido Reil asked. With Bulgaria, he took issue with the border with Turkey, which, according to him, was in the hands of the mafia for many years. Now they've got it back, but that means the mob just wears a uniform now. "When money is poured into corrupt countries, it is believed that things will get better. No - the money is simply used for corruption.

Bulgaria and Romania should be neither in the EU nor in Schengen". 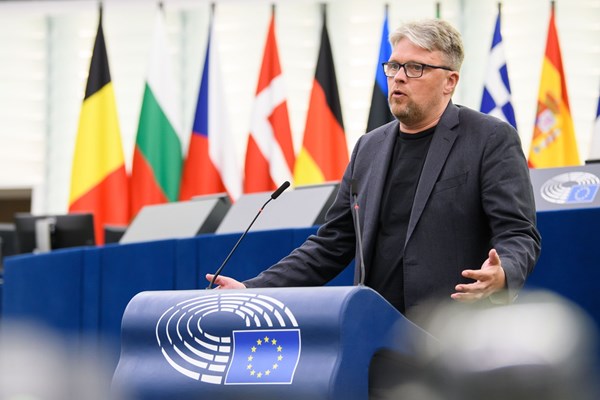 Both Germans were criticized for their harsh words both by the chairwoman of the meeting and by a large part of the MEPs.

For entry into the free travel zone to become a fact, unanimity among all EU members is necessary. It is expected that there will be avote on the topic at their summit on 15 and 16 December

During the debate, it became clear that several countries, including Germany and France, had previously expressed concern, but now also Emmanuel Macron and Olaf Scholz support enlargement. However, the Netherlands is still opposed. "This negative position cannot be justified. I call on Prime Minister Mark Rutte not to apply double standards and for Bulgaria and Romania to be given the green light," said the Dutch Sophie in't Veld from "Renew Europe" from the podium. She was also the chairwoman of the monitoring group from the EP, which evaluated the state of the rule of law in Bulgaria last year.

“The European Commission fully supports the accession of Bulgaria and Romania to Schengen. We hope that finally in December, the Council of the EU will make the historic decision and let the citizens of Bulgaria, Romania and Croatia share with us one of the greatest achievements of our integration”, once again assured the Deputy Head of the EC Margaritis Schinas . He gave a very high assessment of "the work of the Bulgarian and Romanian colleagues and how they deal with border management. They were an example of the wave of Ukrainian refugees. We are proud of them.”

The same position came from the largest party EPP. "Bulgaria and Romania are ready for Schengen and since 2011 they are still waiting for the green light from the council. 11 years without any progress. This is unacceptable, we, like the other parties in the European Parliament, fully support their accession. Their place is there. For us there are no first- and second-hand citizens, there are no objective reasons for refusing to accept them in Schengen. I want to assure our friends from Sofia and Bucharest that they enjoy the full support of the EPP," said party chairman Manfred Weber.

Thus, the expansion of Schengen was supported by a large part of the EP. There were also speeches from all the Bulgarian MEPs. Earlier, they came out with a general declaration with a brief overview of the technical readiness for the protection of the external borders of Bulgaria and Romania, confirmed by the EC as early as 2011. "Until this moment, however, the decision of the council remains entirely political. It hides behind bureaucratic arguments, citing reasons that are not directly related to border management," the 17 Bulgarian representatives wrote.

However, a resolution was not planned to be adopted on Wednesday, but at the plenary session on October 17-20.

Currently, all EU member states except Bulgaria, Croatia, Cyprus, Ireland and Romania are part of Schengen. MEPs have repeatedly called for Bulgaria and Romania to be fully admitted to Schengen, such as in the 2018 resolution on the subject, the 2020 resolution on the state of Schengen in the context of the pandemic and the 2021 report on the functioning of the Schengen area.