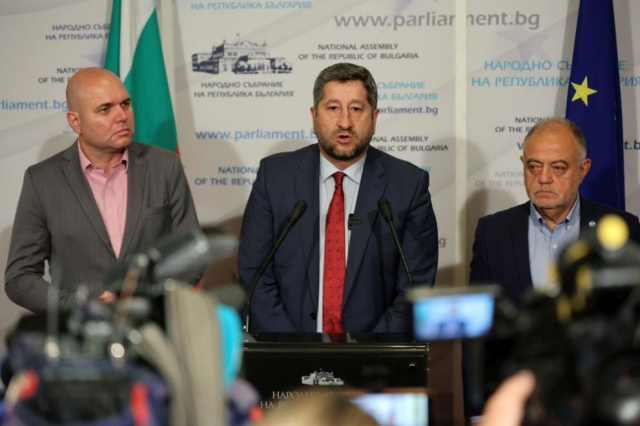 "Democratic Bulgaria" will submit a draft resolution on sending military-technical aid to Ukraine immediately after the convening of the 48th National Assembly – the party came out today with this position. DB will be the sixth political force in the new parliament.

The position also states that DB condemns the decision of President Rumen Radev to be the only head of state from Central and Eastern Europe who refused to join the presidents of Romania, Poland, the Czech Republic, Slovakia, Estonia, Latvia, Lithuania, North Macedonia and Montenegro, who signed on October 2 a declaration against Russia's illegal annexation of territories of sovereign Ukraine.

"We categorically insist that President Rumen Radev not take positions alone and behind the public's back on issues key to the country's Euro-Atlantic affiliation and dignity," the party stated.

DB also recalls that "the Bulgarian president hid this act of his and only later announced his reasons for it".

According to the Democrats, "refusal to sign the joint document together with the leaders of 9 countries from Central and Eastern Europe is actually Bulgaria's refusal to express full, including military, support for Ukraine, refusal to denounce and demand a trial for the crimes of the aggressor, refusal to support the sovereignty and territorial integrity of Ukraine."

"The Bulgarian president must understand that he does not have the legitimacy to rule on strategic choices for Bulgaria and to question its Euro-Atlantic orientation," writes DB.

In conclusion, the party demands that the president convene the National Security Advisory Council with the legitimate political representation of the formations of the newly elected 48th National Assembly in it and that he discuss the framework of the positions of the Bulgarian state on all issues related to the war against Ukraine and the policy of Kremlin to the EU and NATO.

"Only the National Assembly has the final word on it," the DB summarizes.

Today, a protest will be held under the slogan "YES to Ukraine - NO to Radev". The event starts at 18:00 p.m. in front of the presidency. It is organized by BOEC. The reason for the protest is the position of the president, in which he stated that he is against Ukraine joining NATO before a peace agreement with Russia is signed. Radev's position, sent by "Dondukov 2" later, diverges from the text of the declaration, which nowhere states when Ukraine should join the Alliance.