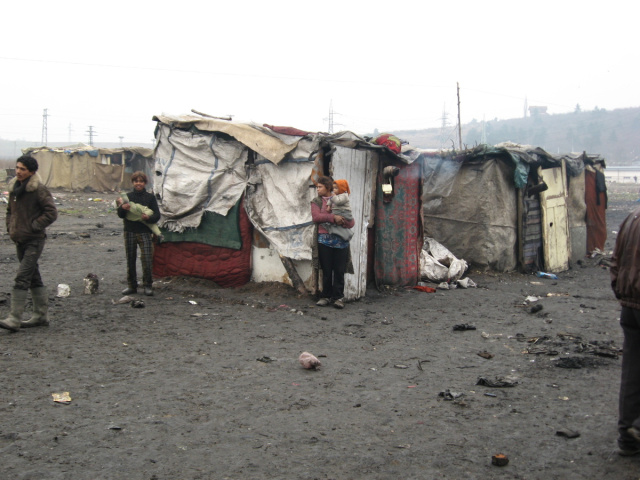 The European Court of Human Rights (ECHR) has ordered Bulgaria to pay a total of 118,000 euros to the Roma population from the Plovdiv village of Vojvodinovo, whose rights to private and family life and non-discrimination were violated by the authorities - both for damages and for costs of the case.

With its decision published today, the ECHR found that the Bulgarian authorities violated the right to private and family life (Article 8 of the European Convention on Human Rights) and to non-discrimination (Article 14 in conjunction with Article 8 of the Convention) of the Roma, who at the beginning of 2019 were expelled from the Plovdiv village of Vojvodinovo.

Then 56 Bulgarian citizens were forced to leave their only homes and the village because of their Roma origin, recalls the Bulgarian Helsinki Committee (BHK). The local authorities and representatives of the government of the day not only did not try to prevent this persecution, they organized and encouraged it. The eviction was provoked by a fight on the afternoon of January 6, 2019, between two Roma and a 33-year-old special forces commando. As a result, the commando was hospitalized for several days. The perpetrators were immediately arrested, charged and, in early April 2019, convicted. 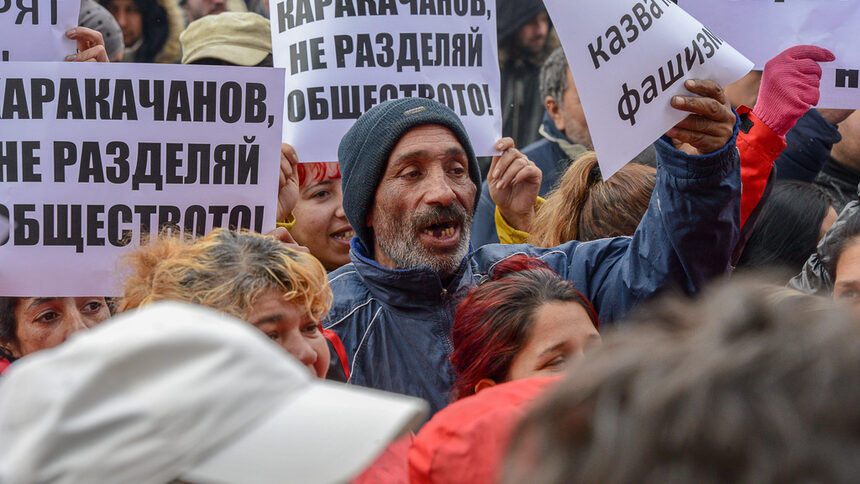 The incident caused a protest, supported by radical racist groups from Plovdiv. The mayor of the village took their side and warned the Roma living there to leave, recalls the human rights organization. A total of about 100 Roma, including pregnant women, children, elderly and disabled people, left Vojvodinovo. They found temporary shelter with relatives, friends, in shacks and abandoned buildings in Plovdiv, in settlements near Plovdiv, and some were forced to travel to settlements that are 300 or more kilometers from the city.

Two days after the incident, on January 8, the then Deputy Prime Minister Krasimir Karakachanov from the VMRO-BND party visited the village and ordered the immediate "clearing" of the illegal buildings in Vojvodinovo, which led to the demolition of some of them, and after the intervention of the mayor, the water and electricity was cut off to the entire neighborhood. In response, between 200 and 300 Roma gathered at a protest in Sofia and demanded Karakachanov's resignation.

The collapse of the buildings made it virtually impossible for people to return to their homes, and even those who wanted to return despite the poor conditions and risk were stopped by police at the request of local authorities. Attempts to challenge these actions of the authorities before the Administrative Court - Plovdiv, and before the Supreme Administrative Court were not respected. 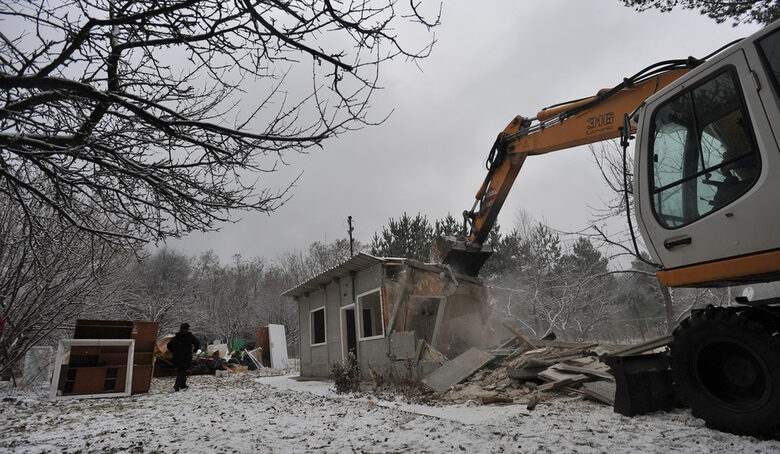 On 1 April 2019, expelled Roma submitted a request to the ECHR for interim measures in relation to their dire situation. On 24 April 2019, the court ordered such measures in respect of 16 applicants, most of whom were minors, requiring them to be provided with appropriate accommodation. However, the Bulgarian government refused to implement the temporary measures. The ECHR emphasized that the Roma from the village were subjected to a situation that caused them to fear, and that they were subsequently unable to return to their only homes, regardless of their illegal status.

In its decision, the court also pays particular attention to the fact that Deputy Prime Minister Karakachanov made highly stigmatizing and widely disseminated statements by the media collectively about the Roma ethnic group. It is about his line "Gypsies have become very insolent" from 2019, for which in June 2021 the Supreme Administrative Court found grounds to charge for hate speech.

The European Court of Human Rights also notes the statements of the mayors of the village of Vojvodinovo (Dimitar Toskov) and the municipality of Maritsa (Dimitar Ivanov) that "the public opinion is one - there is no going back", "there will be a lot of trouble in the future if they return [the Roma in the village]", "now it's time for Bulgaria to shake them off so they can leave", "I will pay for their transport from Bulgaria to wherever they decide". The ECHR found that such a public display of non-acceptance of the Roma constituted a real obstacle to their peaceful return, given the fact that such public statements by state authorities gave grounds for the applicants' fear.

The court notes that the mayor of the village did not seek the assistance of the police to ensure the return of the evicted to their homes, nor did he provide them with information about social services or other assistance in securing shelter. On the basis of all this, the ECHR found that the cumulative effect of the inaction of the various competent authorities - the mayors, the police and the prosecutor's office - led to a situation in which all the applicants were driven from their homes, and this inaction was not sanctioned in the national proceedings.

"This case is a terrifying example of how spontaneous the anti-Roma sentiments are in Bulgarian society and how inclined the Bulgarian authorities are to comply with them instead of opposing them," commented layewer Diana Draghieva from the legal protection program of BHC

"In its decision, the ECHR found very serious gaps in the work of the court and the prosecutor's office," commented the chairman of the human rights organization Krasimir Kanev.

"Once the violation has been established, we expect the prosecutor's office to order an investigation and take the necessary steps to bring the guilty parties to justice," he added.