Hungary, Austria and Serbia are expanding their Cooperation in the fight against Illegal Migration 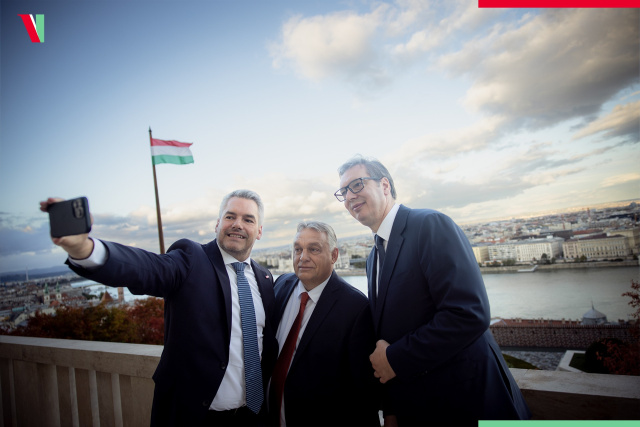 Hungary, Austria and Serbia have agreed to expand their cooperation in the fight against "illegal migration", Serbian media reported.

"Hungary, Serbia and Austria defend not only themselves but also Europe." Orban noted that the current defensive border of Europe is the Serbian-Hungarian border and it is in everyone's interest to push it further south.

Austrian Chancellor Karl Nehammer said that "illegal migration" to his country through Serbia and Hungary has increased.

According to him, the EU asylum system needs to be changed urgently.

Meanwhile, Serbian President Aleksandar Vucic said the increase in the number of "illegal migrants" was creating an even bigger problem in his country, adding that Serbia did not want to be a migration hub.

Speaking about recent economic challenges, Vucic said the European Central Bank and EU member states must take the necessary measures to protect the value of the euro.

"Oil prices rose with the appreciation of the dollar, while the devaluation of the euro had a serious impact on EU countries," added Vucic.

On this issue, Orban stated that Hungary has enough gas reserves to meet consumption needs in the next five to six months.

He also noted that, if necessary, Hungary would help its southern neighbor Serbia with supplies.

The gas will be stored in two facilities in Hungary until October 1, after which 3 million cubic meters per day of this gas will be available until February.

In late May, Hungary announced that it would allow Serbia to store natural gas in its storage facilities during the winter.