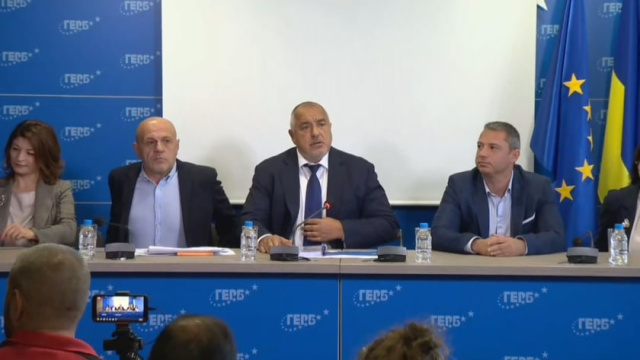 “I neither want to be prime minister, nor deputy, nor minister”, GERB leader Boyko Borissov commented at a party briefing whether he is inclined not to be prime minister in the next cabinet. “The results of the elections are expected, but they give a clearer picture of the state of the party at the moment”, said Borisov.

Tomislav Donchev thanked all the people who supported GERB-SDS. “The moment suggests a search for unity, for agreement. Out of 31, GERB-SDS won in 24 regions, DPS in 5, ‘We Continue the Change’ - in 2. The map is blue, but that is not the most important thing”, commented Donchev.

He reported that the party had returned their support of over 38,000 people, showing that they were following the right direction in an extremely aggressive environment.

Donchev defined the party as truly national, distributed among all social groups. He added that they do not claim to have crushed anyone, he is proud of the fact that the majority of Bulgarian citizens have given their support to them. “Next comes the difficult task of what we do from now on”, Donchev also said.

Boyko Borissov commented that the elections showed that the people do not give anyone the independent right to rule. The people say: "Enough fighting, find a way," added Borissov.

He commented that Boyko Rashkov lost the game by a double score against GERB in Pernik. 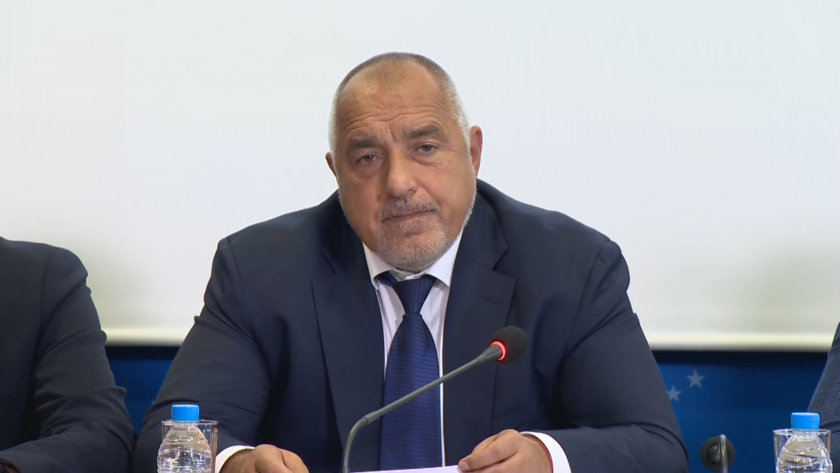 Nearly 80% of the people said they want a government, if new elections are held, nothing new will be achieved, another 100 million BGN will be spent, I suggest to the leaders of the other parties that we step back, said Borissov.

“Most important at the moment in Bulgaria - who is on the side of Ukraine and who is not, let this be the first topic on which we clearly state our positions. 3/4 of the population are in favor of continuing the Euro-Atlantic path. The second topic - inflation, finances, economy, energy, prices, it also goes through decisions in the parliament. How terrible is what the government of change bequeathed to us, the markets showed us again yesterday. There is no money in the treasury, all this can be solved with a regular government. We firmly state that we are entering the Eurozone - interest rates will fall, markets will calm down, we will be able to plug the holes in the treasury. Where does Asen Vassilev's self-confidence come from when he lost the elections. He knows the state in which he left the country - a collapse, and winter is coming, social benefits are knocking on the door. He knows what defenses he has set up, he knows that whoever enters this administration will suffer monstrous damage. I was surprised yesterday by Ivan Kostov – ‘GERB, DPS and Vazrazhdane will form a government’. Until yesterday, they explained that Vazrazhdane were dangerous, now they want to bring them into the government. With such rhetoric from all sides, I don't see a way out”, said Borissov.

“Therefore, GERB will propose a contact group, negotiating teams will invite people of undisputed reputation on individual topics, in order to calm the situation. Let them say which ministers can fulfill it, we will agree to that as well. Even from ‘Vazrazhdane’, there are topics on which we are of the same opinion. We think this approach is reasonable, we have been in power many times. Without leaders, it is very difficult, but if they want without leaders, let it be without leaders”, said Borissov.