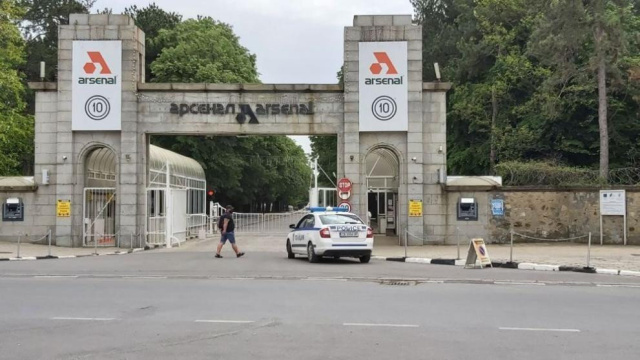 The Regional Office for Fire Safety and Population Protection reports on an incident at the "Arsenal" plant in Kazanlak, Bulgaria. The signal was received at 11:04 a.m.

Two fire trucks from Kazanlak were sent to the scene, including departmental fire brigades and ambulances.

According to unofficial information, there are two casualties, and eyewitnesses report that there was an extremely loud explosion and a dark cloud over the area.

*Update: 3 deaths reported, 3 injured people are transported to the hospital in Kazanlak.

The Labor Inspectorate confirmed the information about the incident, they also reported on an injured woman who was transported to the hospital in Stara Zagora.