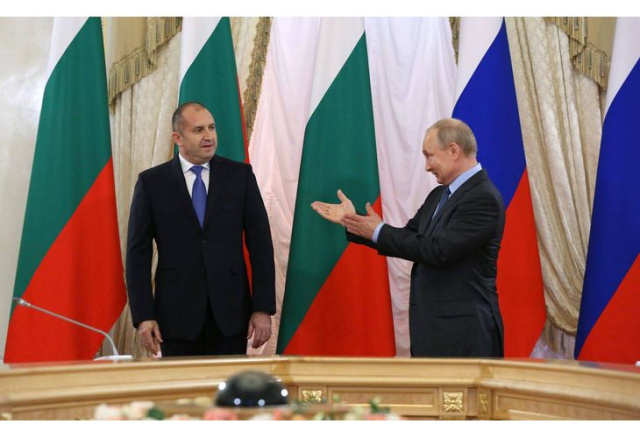 Bulgarian President Rumen Radev does not agree with the full text of the declaration adopted by some countries in Eastern Europe regarding Ukraine's membership in NATO. The President supports the other positions contained in the document.

This is stated in a position issued by the press office of the head of state in response to sent questions.

"Bulgaria is part of the declaration from the 2008 NATO summit in Bucharest on Ukraine's future accession, but this declaration was adopted in a completely different security environment. The military actions on the territory of Ukraine today require that its membership in the Alliance be discussed within the full composition of the North Atlantic Council and not lead to the risk of the direct involvement of NATO countries in the war.

A decision on Ukraine's accession to NATO should be made only after the development of clear parameters for the peaceful settlement of the conflict between Russia and Ukraine, to be accepted and implemented by both belligerent states", the position states.

Earlier, the heads of state of several NATO member countries from Central and Eastern Europe signed a joint statement confirming their support for the sovereignty and territorial integrity of Ukraine.

"We, the heads of state of Central and Eastern European countries, countries whose leaders visited Kyiv during the war and saw with their own eyes the consequences of Russian aggression, cannot remain silent in the face of the gross violation of international law by the Russian Federation, which is why we issue the following statement: We reaffirm our support for the sovereignty and territorial integrity of Ukraine. We do not and will never recognize Russia's attempts to annex Ukrainian territories. We strongly support the decision of the 2008 NATO summit in Bucharest on future accession of Ukraine," said the joint statement, quoted by BTA.