Kiril Petkov: We will Refuse an Invitation from GERB to form a Government 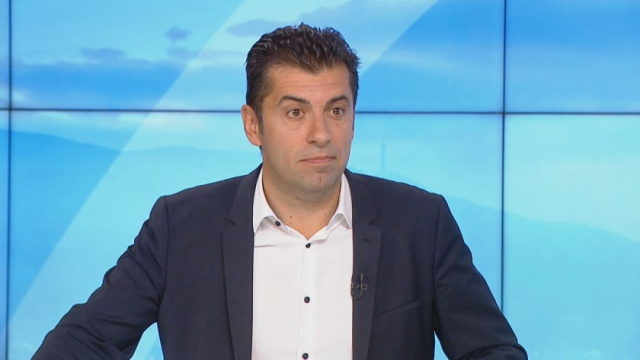 “Voter turnout is very low. The reason for it is that in the last 7-8 months, inflation really flooded all of Europe, and life became more expensive. And many people, mostly in the less populated areas, simply decided not to vote.”

This is what the co-chairman of "We Continue the Change" Kiril Petkov said on BNT.

“The policy of the WCC is to increase pensioners' incomes - for the first time we had such an increase, kindergartens for children are now free. We based our campaign on these steps, and sought support. For the first time, people saw their pensions go up. It was difficult for us to get the working people from the small towns who have low wages to the polls, and we could not do anything for them.”

“Yesterday I listened to the interview of Mustafa Karadayi (leader of DPS), who said – ‘the pre-election period is one thing, rhetoric and lines are left behind’. We stand by everything we have said - that we will not form a coalition with GERB and DPS, and we will not back down from this decision of ours.”

“Voters chose ‘We Continue the Change’ for the role of constructive opposition. We are not in politics to win elections, we want to win Bulgaria. Bulgarian voters will have to be with us and they will be sure that we will not betray our promises”, added Petkov.

“We have a fundamentally different understanding of how politics is conducted than GERB - the corruption model had become commonplace. These people must reform, change, and have another value model of management. There is no way to wake up and say ‘Delyan Peevski is not a problem’, or to accept the model by which entire sectors of the state are managed.”

“We will be a constructive opposition in the next parliament, we will be vigilant, and when something makes sense, we will not be there just to be ‘in spite of’”, commented Petkov.

“GERB have a very big choice - before the elections they said that they would be a logical coalition partner with DPS; also with the ‘golden’ finger from Vazrazhdane. In Bulgarian Rise there are parts of ABV (former socialists) that are strongly pro-Russian, but there is also Stefan Sofianski, who is right-wing, separately there is also a party related to Kovacki in the coalition, I don't know what they will fight for”, commented Petkov.

Elections » Be a reporter: Write and send your article
Tags: Petkov, GERB, We continue the change, government
Advertisement
Advertisement
Expats.bg All Are Welcome! Join Now!
Related Articles:
More from Elections