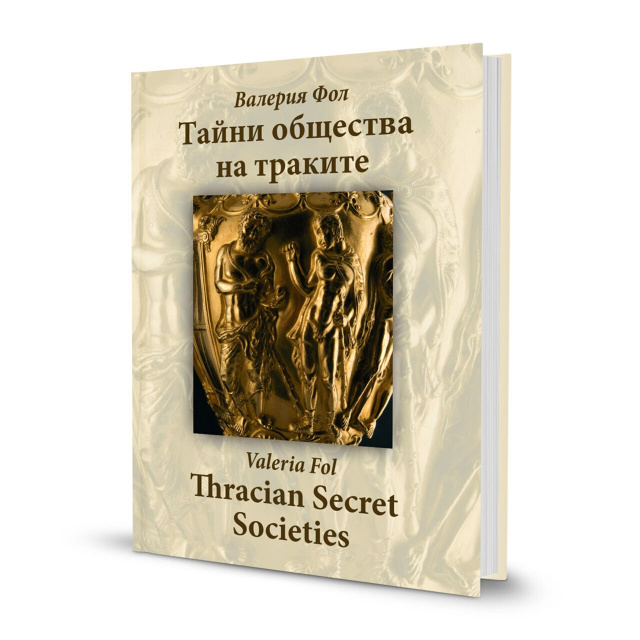 Novinite and TANGRA Publishing House present to you a unique opportunity to learn more about the history of the Thracians and their secret societies, customs and rituals. 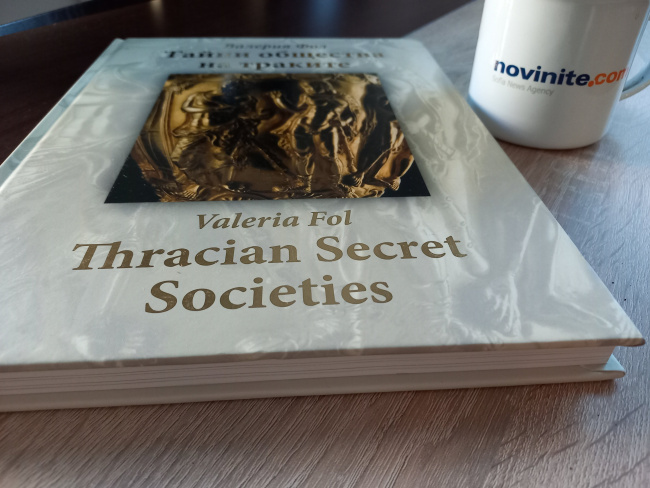 The book "Thracian Secret Societies" by author Prof. Valeria Fol presents the male closed aristocratic societies that governed the secular and religious affairs of the Thracians. Their knowledge and skills are a secret to the majority of people, as they are passed on only to their internal members. They are inextricably linked with Thracian royal ideology and oral Thracian Orphism, which is essentially an aristocratic doctrine. The behavioral restrictions and prohibitions observed by the initiated aristocrat-priest-warriors, the sacred drink, the reserved words from the sacred language, and various ritual practices are presented in this book. 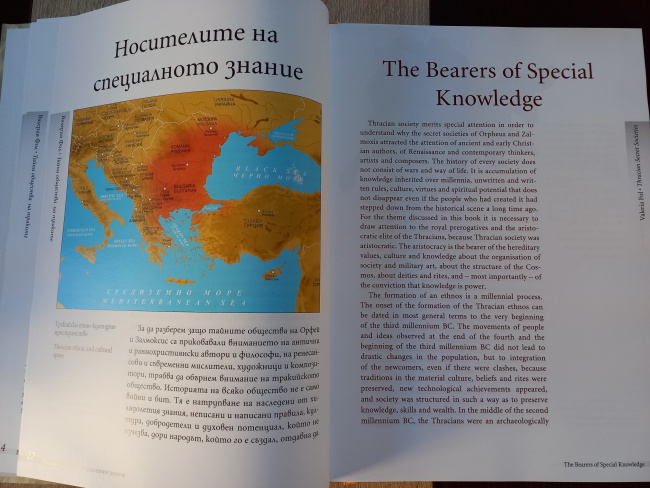 You can buy “Thracian Secret Societies” using THIS LINK 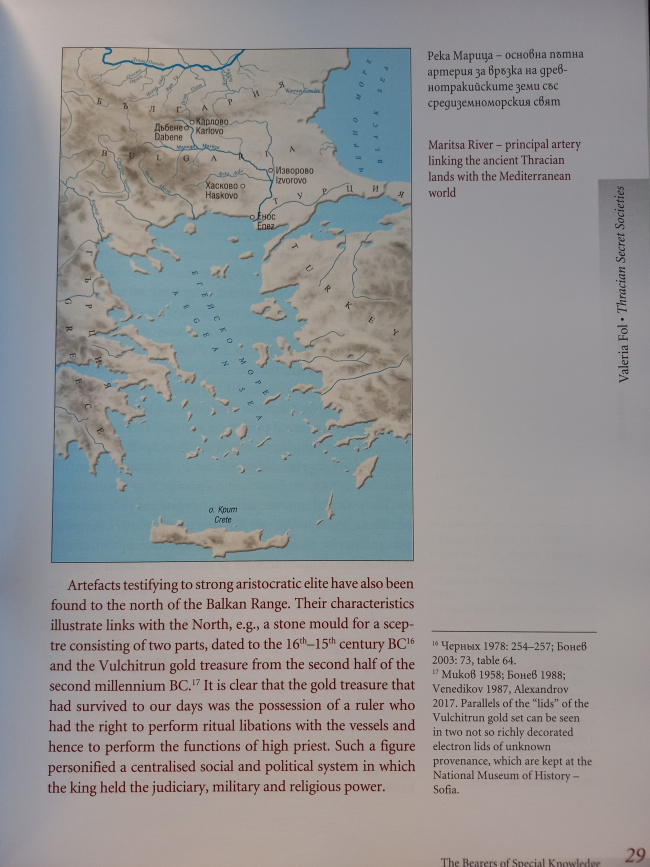 “The history of the special societies of the Thracians that are usually defined as secret starts with Homer who also mentioned the ethnonym Thracians for the first time. In Book Thirteen of The Iliad Zeus is seated on top of Mount Ida in Asia Minor and is ‘looking afar upon the land of the Thracian horsemen, and of the Mysians that fight in close combat, and of the lordly Hippemolgi that drink the milk of mares, and of the Abii, the most righteous of men.’

From Homer’s text, it does not become clear where the Mysians lived. Ancient authors after Homer were silent for a long time about the Mysians. It was only in the 5th century BC that Herodotus mentioned that even before the Trojan War (ca. 1285-1275 BC) they and the Teukroi passed across the Bosporus from Asia into Europe. That migration is not certain, being more likely a suggestion made by Herodotus who describes the Graeco-Persian Wars (500/499-449 BC) and hints that for centuries invaders had moved from Asia to Europe and no one could stop them, except the Greeks who stopped the incursions of the Persians. Most contemporary researches of the linguistic relicts and of the archaeological finds actually believe that the movement of the strong Thracian tribal community referred to as Mysians during the second half of the second millennium BC was in the opposite direction: from Europe to Asia Minor. It is likely that the Mysians were a “collective name for a numerous tribal group inhabiting a vast area” and that there were two groups of Mysian tribes in Asia Minor and in Southeastern Europe.” 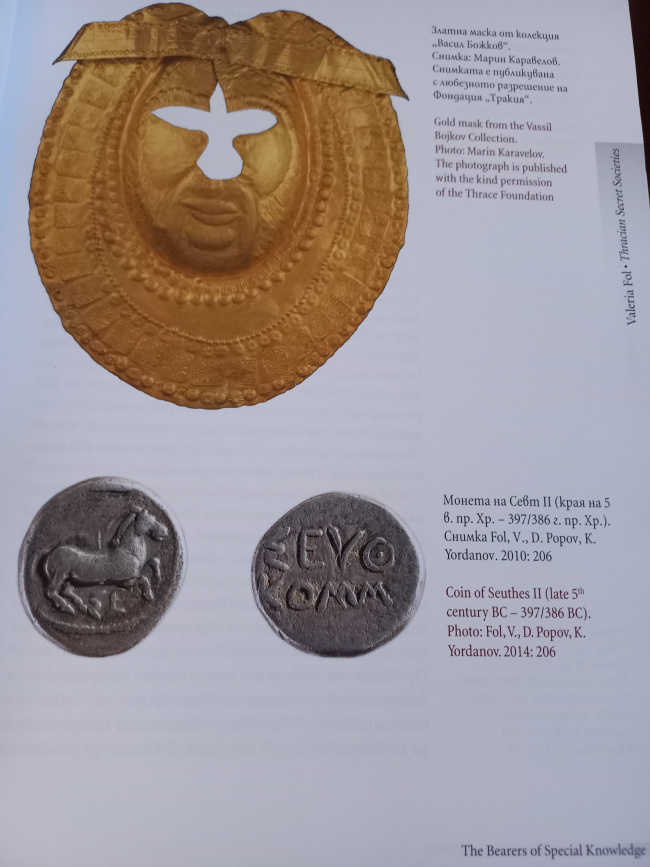 “The secret societies of the Thracians are a topic that always evokes the interest of people curious to learn more about the ancient people inhabiting a vast territory in Southeastern Europe and in Northwestern Asia Minor. This book was inspired by inquisitive citizens from the town of Kardjali, who asked me numerous questions on that topic after a lecture I delivered in that town. Were the secret societies of the Thracians, invariably associated with the names of Orpheus and Zalmoxis, really secret? Or were they, more likely, closed aristocratic communities that preserved special knowledge handed down from one generation to the next? The following pages seek the answers to these and other questions. One could even ask whether, writing about the secret societies of the Thracians, this cannot be construed as comments on the education and training of the Thracian nobility whose mission was to lead their people along the steep and winding paths of the historical being. The elitist education of the princes and of the high aristocracy differed from the education in the Greek poleis. More information about that education is known from Alexander’s biography written by Plutarch. The Macedonian dynasty, which deliberately aspired towards Hellenization of the kingdom, did not digress from the monarchic tradition in the education of the princes, as can be seen in Plutarch’s narrative. Alexander was already in Asia when he learned that his teacher Aristotle had published some of the teachings that he had conveyed to him. He wrote a letter to Aristotle, in which he said: ‘Alexander to Aristotle, greetings. You have not done well to write down and publish those doctrines you taught me by word of mouth. What advantage shall I have over other men if these theories in which I have been trained are to be made common property? I would rather excel the rest of making in my knowledge of what is best than in the extent of my power. Farewell.’ Aristotle reassured his student, speaking of ‘these doctrines as in fact both published and not published.’ The published texts ‘are written in a style which makes them useless for ordinary teaching, and instructive only, in the way of memoranda, for those who have been already conversant in that sort of learning.’ In fact, this narrative explains the significance of the Teacher with capital T. In ancient times he initiated his students into knowledge of the world, of people and gods, and how to preserve the man-society-Nature harmony.

Many authors associate Thracian secret (closed) societies with Pythagoras and Pythagoreans. Clement of Alexandria writes that Pythagoras was not Greek, being of ‘barbarian origin.’ Therefore, I shall take the liberty of narrative evidence that explains the attitude of the Pythagoreans to one another. Iamblichus was a philosopher who devoted many lines to their virtues, focusing special attention on the mutual assistance that they always provided to one another. One of the stories narrated by him is indicative of one of the most important human essences: morality. A Pythagorean was walking a long, deserted road. Utterly exhausted, he went into an inn where he fell ill and suffered for a long time from a severe disease. He ran out of money, but the innkeeper continued taking care of him. When the Pythagorean sensed that he was about to leave this world, he wrote a symbol on a wooden tablet, then called the innkeeper and gave him the tablet with instructions to place it in a prominent place. He also told him that whoever recognized the symbol would cover all the expenses he had incurred. The innkeeper took care of the Pythagorean’s funeral as well. He did not believe the words of the deceased man, but was astonished by the man’s words – he nevertheless did as he was told and hung the tablet with the symbol by the road. Long afterwards, a traveler – also Pythagorean – learned about the man who had left the symbol, asked around what had happened and paid a lot more silver than the innkeeper had spent. Even at the time of Plato, the followers of Pythagoras were believed to have been famous for a special lifestyle that they referred to as Pythagorean. Diogenes Laertius writes about the ethical dogmas of Pythagoras that the philosopher had taken them from Themistokleia, a priestess in Delphi, where the tradition was guarded by the family of priests – the Tharkidai – until they were exterminated. They will be discussed later in the text.

It is my hope that this book will explain at least to a small extent why the ancient people believed that knowledge is power.” 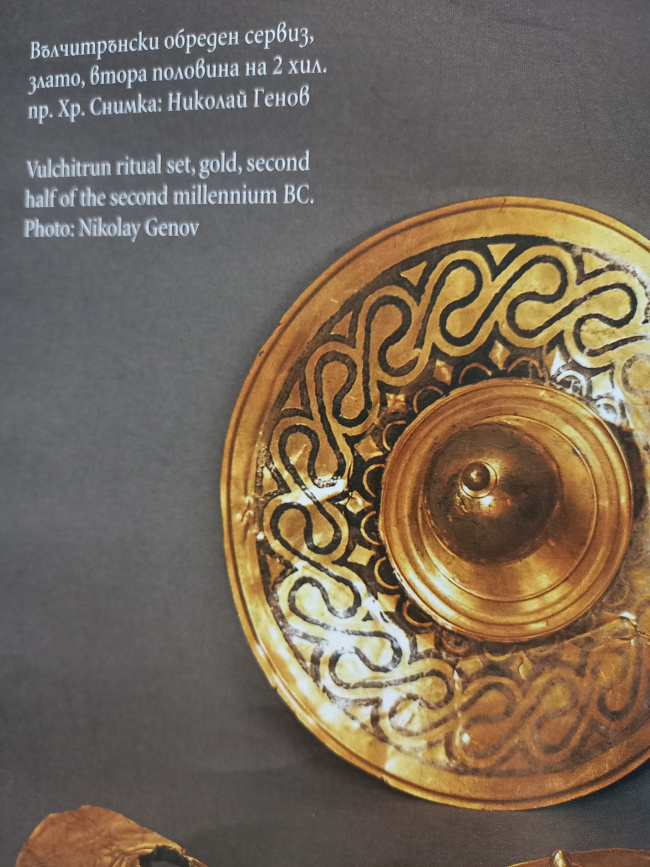 “Bulgaria and Macedonia. History and Politics” enters all major world libraries in English