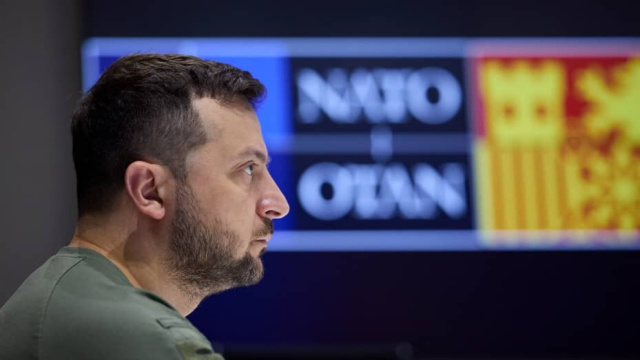 Ukrainian President Volodymyr Zelensky announced minutes after Putin’s speech that Kyiv will sign an application for accelerated accession to NATO.

Zelensky also published a video of the historic moment - the signing of the application for Ukraine's entry into NATO. This happened in front of the presidential building in Kyiv, and the head of state was in the presence of the Speaker of the Parliament Ruslan Stefanchuk and Prime Minister Denis Shmigal.

Earlier, NATO Secretary General Jens Stoltenberg announced a press conference to be held this evening. Its subject is unknown.