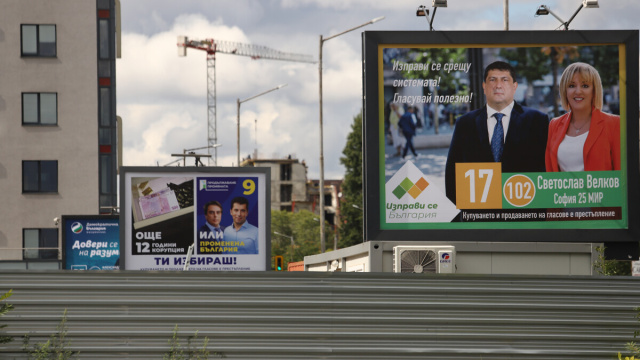 6+2 formations with parliamentary representation in the 48th National Assembly. This is shown by data from a "Trend" study funded by "24 Chasa" in the last week of the election campaign. 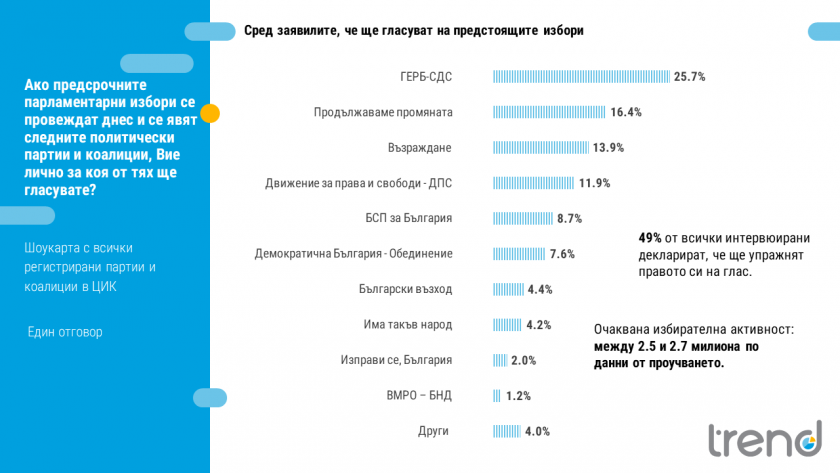 On the threshold of early parliamentary elections, the distance between the top two parties is increasing, according to the survey data. GERB-SDS takes the first position with 25.7% of the voters, while "We Continue the Change" reaches 16.4%.

"Vazrazhdane" registered a strong final sprint, with the party reaching 13.9% of the voters, according to "Trend" data.

DPS stands stable with the support of 11.9%, but has the potential to increase its relative weight due to the vote from abroad.

8.7% of voters declare that they will vote in the upcoming elections for BSP, and 7.6% for Democratic Bulgaria.

"There Is Such a People" and "Bulgarian Rise" are close to the parliamentary barrier with a result of 4.4% and 4.2% of the voters, respectively.

Stand up, Bulgaria (2%) and VMRO-BND (1.2%) remain below the threshold for parliamentary representation.

*The survey was conducted in the period September 21-27. 1001 adult citizens were surveyed using the direct semi-standardized interview method. The maximum allowable stochastic error is +/- 3.1%.