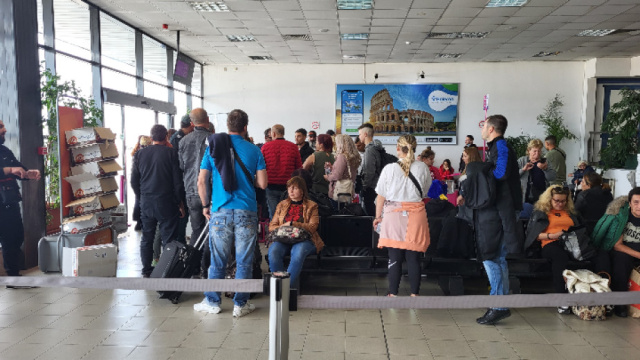 Dozens of passengers from a canceled flight to Valencia have been waiting for more than six hours at Terminal 1 of Sofia Airport, without clarity on when they will be able to leave. On the website of the airport, about this flight of 6 hours and 20 minutes, it is written - "registration - we are waiting for information from the airline".

There are also problems with another Wizz Air flight.

The team explained to the people that there are damaged planes of the company and for this reason, it is not known at what time this flight will take place.

There are mothers with small children. They explained to people that if they left, they would most likely not be able to refund them.

There are also problems with a flight to Copenhagen. Some of the travelers were told that since there were problems with the planes, they would most likely not have places to sit.

Therefore, on their boarding passes, the seat is indicated as zero. They were told that if they couldn't get on that flight, they would be compensated or they could rebook on the next flight on Saturday.