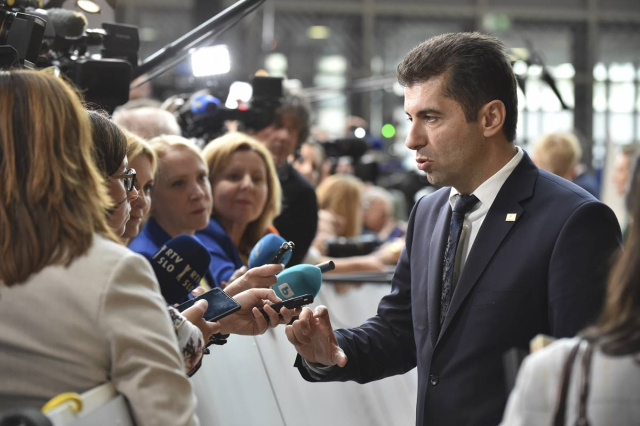 “It is worse to have a backroom partner than to have no coalition”. This was commented on in the morning block of Nova TV by the co-chairman of "We Continue the Change" Kiril Petkov.

He reported - one of the biggest mistakes was that they agreed to have a coalition partner who was a "Trojan horse".

"70% of our energy went to protect state funds, not only from behind the scenes players but also from ‘There Is Such a People’s desire to give money the old way", he clarified.

Petkov pointed out that at the moment he does not see any conditions under which his party could partner with GERB.

"We want to make real judicial reform, real justice", is his opinion.

"In this format, with this leadership, which has a real danger with a functioning judicial system or Anti-Corruption Commission, of going to prison, there is no way they can be our coalition partners, it's that simple."

Petkov said that his biggest fear would be if there is an expert government of DPS, GERB and "Vazrazhdane".

"Forget the word ‘experts’ - follow the real parties that support a functioning government", commented the co-chairman of WCC.

"When you hear expert government - immediately think that someone is trying to sell something that they do not want to explain. There are no experts in the parliament, only political parties. Each government is supported by its parliamentary groups", he added.

The co-chairman of "We Continue the Change" believes that it would be difficult for GERB to engage in a direct debate. He pointed out that they invited party leader Boyko Borissov to a real debate because people had the right to know what the leaders were thinking.

"Leaders must stand behind their policies. We are not afraid, we do not rely only on PR strategies. We stand with our face for the important policies of Bulgaria", emphasized Petkov.

"The court does not say that Borissov is innocent. He says the ‘urgency’ factor wasn't there. That's a big difference. With a working prosecutor's office, Borissov should be at risk of being guilty", he commented on the arrest of the GERB leader.

Elections » Be a reporter: Write and send your article
Tags: Petkov, We continue the change, Borissov, elections
Advertisement
Advertisement
Expats.bg All Are Welcome! Join Now!
Related Articles:
More from Elections