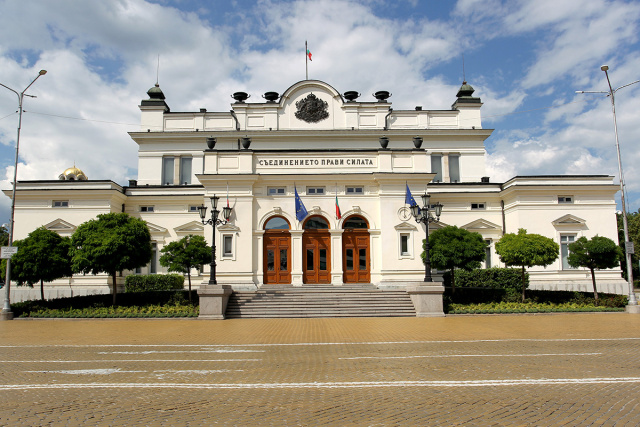 If the elections were held today, "There Is Such a People" and "Bulgarian Rise" would remain outside the parliament, and the difference between GERB-SDS and "We Continue the Change" increases to 6.8%.

This is shown by the results of a survey by "MarketLinks", financed and implemented jointly by bTV and the agency. It was conducted among 1,024 adults in the period September 17-23 using the methods of direct personal interview and online survey.

According to the survey, Slavi Trifonov's "There Is Such a People" is with 3.9% and Stefan Yanev's "Bulgarian Rise" with 2.5%, as well as Maya Manolova's "Stand up BG" - also with 2.5%. They remain below the 4 percent barrier for entering the parliament.

Sociologist Dobromir Zhivkov from "MarketLinks" comments that he does not rule out the possibility of a 9-party parliament but at the moment it looks like they will be 6. According to him, surprises can be expected in "We Continue the Change", but not on the scale of the elections in November 2021.

Half of the respondents said that they would certainly vote. Another 12% will categorically not participate in the vote. However, Zhivkov predicts that the activity will be similar to that of November last year.

According to the results, trust in political leaders is falling. The only exception is Boyko Borissov, who restores trust in him.

Rumen Radev continues to be the most liked politician - he gathers the support of 47% of the respondents. Disapproval for him is 31%. Boyko Borissov is supported by 24%, the net disapproval is 62%. The support for Kiril Petkov is 19% against 66%. Stephan Yanev is in fourth place, followed by Maya Manolova, Asen Vassilev and Kornelia Ninova.

Confidence in the official cabinet moves in parallel with confidence in Prime Minister Galab Donev. Still, it's decreasing, a 4% reduction in support since August. Confidence was 23% a month ago, and now the results show approval at 19%.

Zhivkov predicts that there will be a regular cabinet for at least a year.