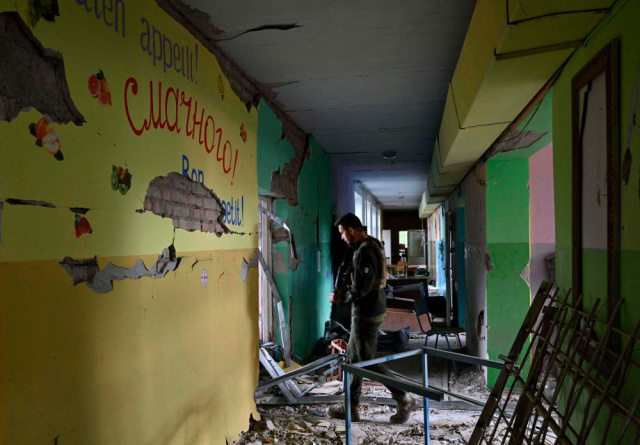 Russian President Vladimir Putin on Monday denounced the attack on a Russian school in Izhevsk as "inhuman", according to Kremlin spokesman Dmitry Peskov.

"President Putin deeply mourns the deaths of people, children at a school where there was a terrorist attack by a person, who apparently belongs to a neo-fascist group," Kremlin spokesman said, as quoted by Al Jazeera. "The president wishes for the recovery of those injured as a result of this inhuman terrorist attack," he added.

An unidentified attacker opened fire in a school in the Russian city of Izhevsk in which at least 13 people were killed including seven children.

While 21 others including 14 children were injured, TASS reported citing Russian Investigative Committee today.

"According to preliminary reports, the crime claimed the lives of 13 people, including six adults and seven young children. Fourteen people and seven kids were wounded," the investigators said.

The 25-year-old shooter was immediately detained. A criminal case has been initiated against the suspect who is a resident of Ust-Ilimsk.

According to Al Jazeera, school shootings are rare in Russia.

In April this year, an armed man opened fire in a kindergarten in Russia's Ulyanovsk region, according to media reports.

In May 2021, nine people - including seven children - were killed after a lone teenage gunman opened fire in Russia's southwestern city of Kazan.

In 2018, a student at a college in Russian-annexed Crimea killed 20 people before turning his gun on himself, as per Aj Jazeera.