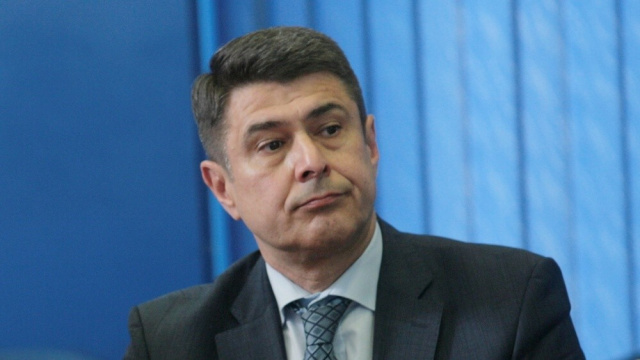 “With an unprepared army of 300,000 men, Putin will not turn the tide of the war”. This was stated on the morning broadcast of Nova TV by Gen. Dimo Gyaurov, former director of the National Intelligence Service.

"Mobilization in Russia aims at several things. First, to replenish the losses of the Russian army with occupation forces. Second - no wonder this is a way to get rid of the inconvenient and those who don't like the regime. Putin burned the rug under his feet. If the ordinary Russian until now did not think much about what was happening beyond the border of Russia, now the war has tapped him on the neck", he also said.

Gyaurov also commented on whether it is possible for Putin to use nuclear weapons. Russia's use of such a thing would have dire consequences for the country itself, he believes. According to him, Putin will not go as far as using this type of means in the military conflict with Ukraine. Gyaurov is of the opinion that in case of direct danger, Bulgaria can ask for increased assistance from NATO.

"No sane person believes that anyone could press the ‘red button’. Lately, we've all been wondering if there's any common sense left in Moscow. So far, nothing like this has been used. No one could have predicted to what escalation it might come. There will certainly be a backlash, possibly even a preemptive one. It is no secret that the Pentagon and the United States have developed plans for cases of bringing the Russian nuclear forces to the highest level of combat readiness. The Pentagon is developing a preemptive strike that does not necessarily involve nuclear weapons, but high-tech conventional means. They are designed to strike nuclear silos and prevent missile launches. It is very telling that yesterday the National Security Adviser of the White House, Jake Sullivan, announced that a high-level message had been sent that there would be dire consequences for Moscow if it allowed itself to use such means," explained the former director of the National Intelligence Service.

Gyaurov also commented on the state of Bulgaria's radar system.

"The facts that we have missed flights are indicative. Two planes were flying and there were no consequences. Fighter aircraft have difficulty catching slow and low-flying targets. Iranian drones are like that. Look at Romania - it has upgraded its air defenses. We haven't done anything since November 10th. This cabinet cannot take radical measures, it has no parliament behind it. It could ask for some bigger help from NATO," concluded the general.