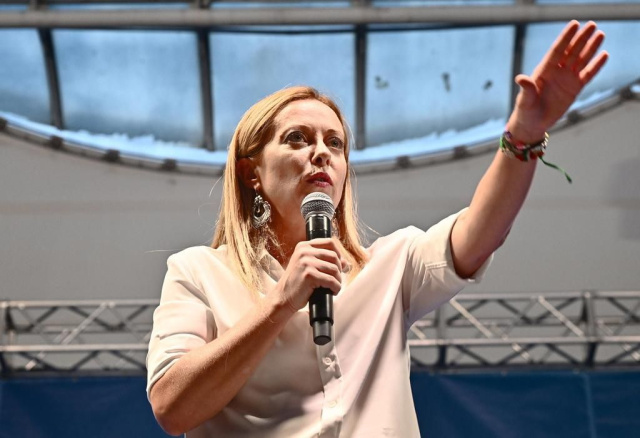 The counting of votes from the parliamentary vote in Italy continues. So far, the far-right "Brothers of Italy" party with leader Giorgia Meloni has clearly emerged as the winner, as the polls indicated.

"Brothers of Italy" so far leads convincingly with more than 26% over the main left “Democratic Party” with 19%. Surprisingly, the "Five Star" movement retains its good positions in comparison with the previous vote with 15%, and the collapse of the far-right "Lega" to 9% is a surprise.

Former Prime Minister Silvio Berlusconi's "Forza Italia" has 8%, and the new political pole of the centrist union "Azione - Italia Viva" has more than 7%.

Giorgia Meloni cast her vote in the final minutes of election day, avoiding the fanfare and photographers more than 400 of whom awaited her at the specially prepared party headquarters at Rome's prestigious Hotel Dei Principi, where she said:

"If we are called to rule this nation, we will do it for all Italians. We will aim to unite the people."

According to her party's platform, Meloni will aim to achieve "a leading role in the energy sector, promoting environmental sustainability while reducing energy costs for businesses, local authorities and families".

In addition, it wants to "play an active and proactive role in the coming months in Europe in order to protect the interests of the national industrial and production system".

On the Democratic side, its Vice President Debora Serracchiani said, "This is a sad night for the country because we believe that George Meloni's victory is not a good thing for our country."