Bulgaria’s MFA: The so-called Referendums in Ukraine will Not be Recognized 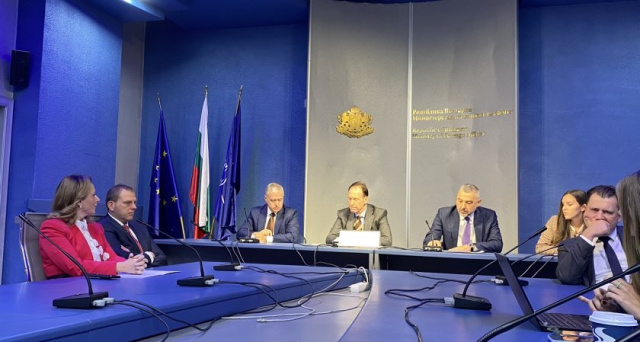 “The announced partial mobilization and the so-called referendums in Donetsk, Luhansk, Kherson and Zaporizhzhia regions are another attempt to legitimize Russia's invasion of Ukraine”, commented the Deputy Minister of Foreign Affairs and former ambassador of Bulgaria to Ukraine Kostadin Kojabashev at the regular briefing of the Ministry of Foreign Affairs.

According to him, EU and NATO partners should strengthen support for the sovereignty and territorial integrity of Ukraine, and the so-called referendums and their results will not be recognized.

The deputy minister did not answer what is being discussed in the Seventh package of EU sanctions against Russia.

The government is about to prepare a mechanism for the reception of Russian citizens who would seek status in our country, he further explained.

After conversations with our ambassador in Moscow, it became clear that at the moment there are no Bulgarians who have sought assistance to return to Bulgaria.

At the regular weekly briefing at the Ministry of Foreign Affairs, the readiness to hold elections abroad was reported.

All bulletins and machines are sent to our overseas offices abroad.

In 301 places abroad, there will be voting with machines, which is 539, or 100 more than the elections in November last year. The most will be in Turkey, where voting will be done with 220 machines in 112 sections.

Unlike other years, the Central Election Commission has already decided on the declarations under Art. 33 to be accepted regardless of where they are filled. The declarations must be filled in Bulgarian and certify that the voter will not vote in two sections.

These declarations caused problems for the sections in Turkey, where some voters found it difficult to fill them in by hand in the Bulgarian language.