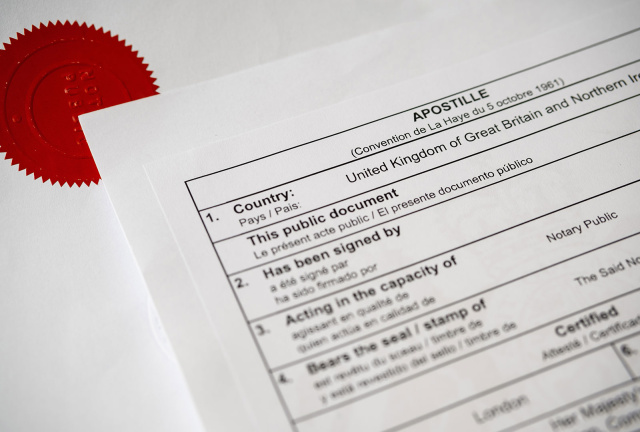 A family from the Bulgarian town of Dupnitsa, returned from Great Britain, now cannot enroll their children in a Bulgarian school. The reason is the lack of personal identification number of the two boys, who have British citizenship.

What bureaucratic difficulties a Bulgarian family goes through in order for their children to study in their homeland - this is the story of the Hristovi family.

After 16 years of emigration, Ivaylo's family sold everything in Great Britain and returned to Bulgaria with their two children. The parents start a procedure to issue Bulgarian passports to the children, but it turns out that they only have British birth certificates. Without a special certificate with a seal - apostille, the children cannot be issued EGNs (Bulgaria’s personal identification number) as well as Bulgarian birth certificates.

While the parents are waiting for the legalization of the documents, a new problem arises - they cannot enroll their children in a Bulgarian school.

"We returned to Great Britain, we went to the school where the big one graduated, they issued us documents 3 years ago. This is what they asked us from RED (Regional Education Department)-Kyustendil. We took them, we brought them, only it turns out that these documents are flying sheets. We tried to legalize these documents, we only translated them because they don't have apostille. We come back to the UK for the second time, we go to the school for apostille, the school tells us that this procedure from the year 1990 has been abolished. They sent us to the municipality where we lived in Essex - we went the same way, no stamps. In the end it turns out that we can possibly pay private lawyers there to certify this document. The amount boils down to between £80 and £120 per certificate sheet," says the father.

After a meeting at the Regional Education Department in Kyustendil, a compromise was reached - after an application from the parents, it is expected that the children will be allowed to attend school and attend classes, but without being enrolled. The school inspectorate told BNT that the two children will be enrolled in the first and eighth grades as soon as they have been issued a single citizen number (EGN) or foreigner's personal number.