Owner of Patagonia Donated All Profits to Save the Planet 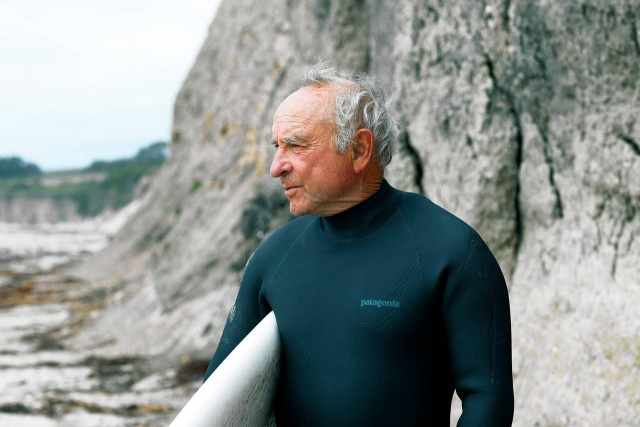 Currently, Earth is our sole shareholder. ALL profits, forever, will go towards our mission to "save our home planet". This was announced by Patagonia, one of the most successful sportswear brands in the world, on the occasion of its founder Yvon Chouinard’s decision to transfer ownership to a special structure that will distribute funds to non-profit organizations to help fight the environmental crisis.

The structure, the statement said, was designed to avoid a sale of the company or a public offering, which could mean a change in its values.

Chouinard’s family donated 2% of all shares and all decision-making powers to a trust that will oversee the company's mission and values. The remaining 98% of the company's shares will go to a non-profit organization called the Holdfast Collective, which will "use every dollar raised to fight the environmental crisis, protect nature and biodiversity and support thriving communities as quickly as possible," it said in the statement.

Every year, the money Patagonia makes after reinvesting in the business will be distributed to non-profit organizations to help fight the environmental crisis.

Setting a new example in environmental corporate leadership, the billionaire owner of Patagonia is giving his entire company to fight the ravages of Earth's climate, he announced Wednesday.

Chouinard is known for his passion for rock climbing, which he turned into a company valued at $3 billion. He is 83 years old and works with his wife and two children, as well as teams of corporate lawyers, to set a new example in environmental corporate leadership.

"If we have any hope of a thriving planet — much less a thriving business — 50 years from now, it's going to take all of us doing what we can with the resources we have, he said in a statement. This is a different way we've found to accomplish our role."

The amount available for the charitable cause will be contributed each year after being reinvested in the business, which aims to keep the company profitable.

"Instead of going public, you can say 'we're achieving a goal,'" Chouinard said. "Instead of extracting value from nature and turning it into wealth for investors, we're going to use the wealth created by Patagonia to protect the source of all wealth."

"Instead of exploiting natural resources to make shareholder returns, we are turning shareholder capitalism upside down by making the Earth our sole shareholder," Patagonia Chairman Charles Conn wrote in an op-ed in Fortune magazine on Wednesday.

Patagonia, based in Ventura, California, is known for generous employee benefits, including on-site daycare and afternoons off on good surf days.

In the 1980s, the company began donating 1% of its sales to environmental groups, a program that took shape in 2001 as the 1% for the Planet Scheme. The program has led to $140 million in donations for environmental conservation and restoration, according to the company.

Patagonia was one of the first companies to introduce certifications of compliance with certain environmental and social standards.

Known as an eccentric entrepreneur who started his business making metal climbing wedges and lived in his van at climbing spots for many years, he told The New York Times he was furious when his name came up as Forbes magazine billionaire. "I don't have $1 billion in the bank. I don't drive a Lexus," he said.