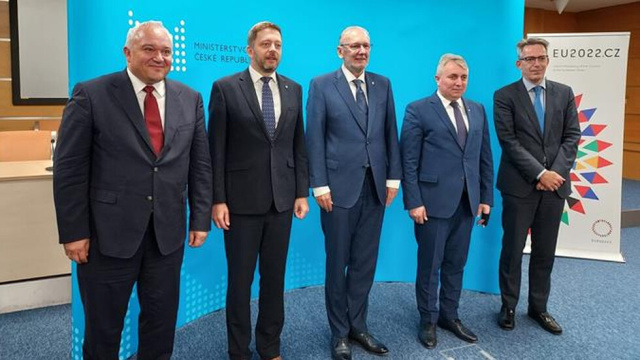 Deputy Prime Minister for Public Order and Security and Minister of Internal Affairs Ivan Demerdzhiev took part in a meeting dedicated to the enlargement of Schengen in Prague at the initiative of the Czech Presidency.

Its purpose is to identify specific steps related to the accession of Bulgaria, Romania and Croatia to Schengen - a priority of the Czech Presidency of the Council of the EU, as well as of the Bulgarian government.

"We accept this meeting as another signal of positive development for our acceptance into Schengen," said Minister Demerdzhiev. He thanked the presidency and personally Minister Rakusan for the commitment, support and active actions taken in achieving the ambitious plan - adoption by the Council of the Decision on accession in December.

The Deputy Prime Minister emphasized the commitment of the Bulgarian government to achieve this goal and expressed his conviction that the accession of Bulgaria will contribute to more security in the Schengen area. In addition, it will be fair, taking into account the fact that our country met the requirements for membership back in 2011. In this sense, the minister assured that from January 1, 2023, Bulgaria will be ready to apply all Schengen membership conditions on land, sea and river borders, and from March 2023 - also on air borders.

He noted that our country is dealing with all the challenges on the external borders of the EU so that we can guarantee the security of Schengen. Measures have been taken to strengthen the protection of the Bulgarian-Turkish border, which has 95% of the total migratory pressure. A complex of measures is applied at the Bulgarian-Serbian border - the most sensitive external exit border.