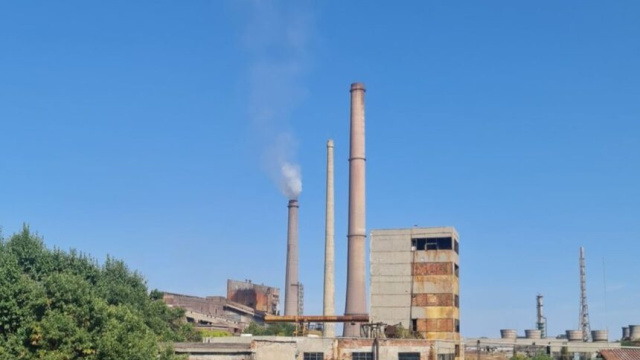 The authorities will temporarily close Maritsa 3 TPP due to a series of violations of environmental norms. The last excesses of the permitted levels of sulfur dioxide were registered days ago.

At a briefing, the acting ministers of energy, Rosen Hristov, and the acting minister of environment and water, Rositsa Karamfilova, stated that, in addition to the risk to the health of the population, the frequent violations of environmental norms by TPP Maritsa 3 put at risk the functioning of the entire electricity system in Bulgaria and can even lead to the shutdown of the large installations in the Maritsa basin.

The coal plants in our country operate thanks to a derogation from the EC, which allows 3 average night-time exceedances of the norms and 24 average hourly ones. In the period from Friday to Saturday, TPP Maritsa 3 performed 8 average hourly overruns out of 24 allowed in total for all plants in our country. With the registered pollution from TPP Maritsa 3, Bulgaria has already reached the allowed 3 average day and night exceedances of the norms and has 23 average hourly ones. Meanwhile, two criminal procedures are being conducted against our country for air quality - for the high level of fine dust particles and for high levels of sulfur dioxide.

"We are now at 23 average hourly exceedances of the norms, and there are still 3 months until the end of the year. With two more violations, this derogation will be canceled, which would lead to the closure of all coal-fired power plants in the country. This will turn Bulgaria from a net exporter of electricity in a net importer. Maritsa 3 TPP capacity, at the same time, is insignificant, and installations in the Maritsa basin are critical for the entire energy system. And with 2 more violations at Maritsa 3 TPP, the operation of the Maritsa plants is at risk, the country will lose 30 % of its electricity production, given that all neighboring countries import electricity to us," said Acting Energy Minister Rosen Hristov.

Therefore, TPP Maritsa 3 will stop working temporarily and will be subject to inspections by the Ministry of Environment and Water. If it fulfills the environmental regulations, its work will be resumed. According to Rosen Hristov, the shutdown of the thermal power plant will not seriously affect the production of electricity in our country, since its capacities are insignificant.

"All these prescriptions that are given are a form of consultation on how to bring production within the specified norms, and this is technically possible. They can work within these parameters - they just violate them systematically for the purpose of economic benefit or technical incompetence," said Hristov.

The Brickell TPP continues to operate, but with daily inspections by the Ministry of Environment and Water. For this purpose, employees from various regional eco-inspections have been sent, who are also on duty during the holidays.

"None of us have a desire to close large combustion plants, but there are complex permits that have determined the conditions under which each of these plants can operate. Failure to comply with these permits leads to a violation of environmental norms, and this leads to the cessation of activity of plants until their alignment with the norms," said the Minister of Environment and Water.

In August, a coercive administrative measure was imposed on the Brickell Thermal Power Plant for a number of non-conformities in its operation. It has a preliminary execution, which was canceled by the court.