Bulgaria’s Defense Minister: Putin is an Aggressor, I hope Ukraine will Turn the Tide of the War 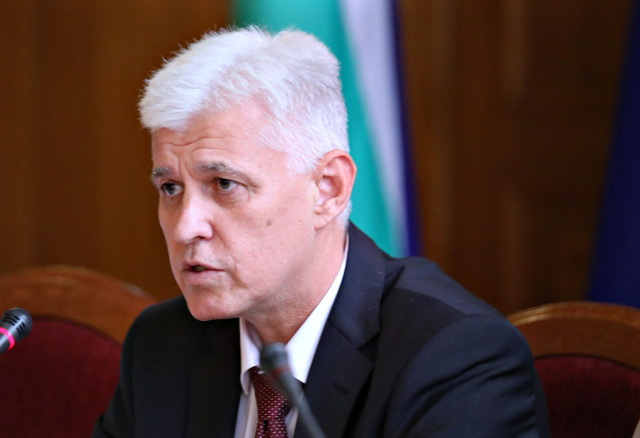 Acting Minister of Defense Dimitar Stoyanov confirmed the information that Ukraine is making a counteroffensive in the military clash with Russia. According to him, it is still too early to say whether the tide of the war has been turned.

Ukrainian general reported that his troops were advancing north towards the Russian border. Read more here.

On the occasion of the refusal of one of his predecessors - Stefan Yanev, to call what is happening in Ukraine a "war", calling it a "military operation", Stoyanov indicated that the strategic goals of the war coincide with those of a specific operation, this is permissible. However, according to him, this is war, and Russian President Vladimir Putin is the aggressor.

However, Stoyanov allows negotiations with the Russian company "Gazprom" to renew natural gas supplies. Saying that it was not within his competence, he used the cabinet's reasoning that the lowest price was sought because of the difficult situation.

According to Stoyanov, the presence of Russian Ambassador Eleonora Mitrofanova behind President Radev and Vice President Yotova is the responsibility of the hosts from the municipality. He added that according to protocol she should not have been there, but he would not define what happened as a blunder.

The war in Ukraine reduced to a minimum the possibilities of maintaining the MiG-29 fighters available to the Bulgarian Air Force. An opportunity was found in Poland, with which Stoyanov announced that negotiations had been held for the purchase of 8 engines.

"Everything possible is being done to continue the operation of the MiG-29. Things with Poland are going in a good direction. We need aviation engines, I have talked about buying 6+2 engines. They are ready and we are waiting for an offer. I have invited representatives from the country to arrive in Bulgaria. I hope they will be here by the end of the month," said Stoyanov.

He explained that two of the engines could be taken directly from the Polish Air Force, and in the “Graf Ignatievo” base they would be installed in 2 days. The remaining 6 are currently being renovated, which should be completed by the end of the year.

If the spare parts are delivered, the life of the planes can be extended until the end of 2023, which, according to Stoyanov's explanation, is very necessary, since the pilots are currently training 7-8 times shorter than necessary.

Asked about the cost of repairs, he said national security shouldn't care about price. He is sure the budget can afford it.