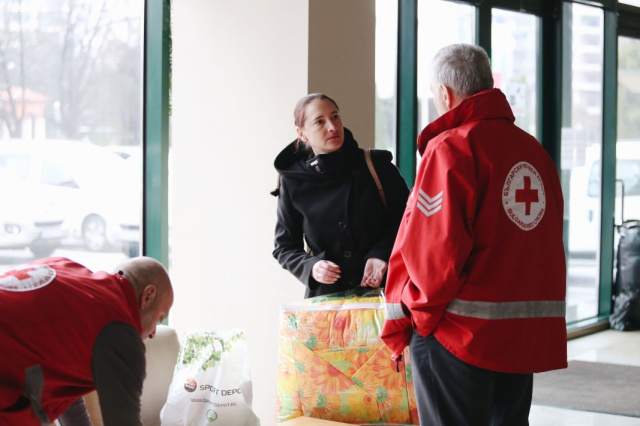 A sociological study reports the attitudes of Bulgarian society towards refugees

A positive change in the attitude of Bulgarian citizens towards refugees is reported by a sociological survey by the BluePo!nt agency, conducted in the period 10-22 August 2022 among 800 men and women aged between 18 and 70. It was carried out in implementation of a joint project of The Bulgarian Red Cross in partnership with the State Agency for Child Protection "Let's get to know the other", with the financial support of the "Asylum, Migration and Integration" Fund, co-financed by the European Union targeting citizens of third countries legally residing in Bulgaria or individuals, seeking and receiving international protection.

Nearly 71% expect that refugees should be integrated in our country, while in 2017 about 20% of people were of this opinion. According to 86.6 percent of respondents, this can be done mostly by finding a job and learning the local language. The positives that the Bulgarian population sees from the reception of refugees in our country are related to the availability of labor (38.8%) and qualified employees (8.5%), development of a sense of empathy and tolerance (28.2%), reduction of the demographic crisis (4.8 %), aid from the EU (2.1%), etc.

"In 2017, the environment for working with refugees coming to Bulgaria was extremely difficult. Now, despite the Ukrainian crisis, there are better conditions for these people to integrate and realize their potential in our country. Today, empathy and charity towards refugees are leading in the value system of Bulgarians." This was stated by the Deputy Director General of the Bulgarian Red Cross, Dr. Nadezhda Todorovska, when presenting the results of the project and the sociological survey.

About 31% is the share of people who believe that refugees weigh on our economy, while in 2017 about 50% of those polled were of this opinion. This applies to the greatest extent to the residents of the capital.

The survey shows that the share of people who are willing to host a child/refugee in their home for a certain period and would accept their child to attend a children's institution where there are also refugee children is increasing. According to this indicator, people living in the capital and in cities with over 100,000 people, aged between 31 and 40, have a more positive attitude.

89.5 percent of Bulgarian citizens have never had a problem with refugees before, according to the survey data. In 2022, the feeling of sympathy for refugees increased to 49%, while in 2017 only 3% expressed sympathy for them. Dissatisfaction with the refugees was stated by 25 percent of the respondents, and open hatred – 3.6%. A feeling of fear is experienced by 13.6 percent of the people asked. The youngest Bulgarian citizens, in the 18-30 age group, demonstrate the highest degree of indifference towards refugees.

The share of people who believe that persons seeking international protection should NOT be accepted in Bulgaria is significantly decreasing - from 87.6% in 2017 to 59.9% in 2022.

The concerns of Bulgarian citizens regarding refugees are mainly related to the fact that they abuse their situation - 18.9% and their poor integration - 15.8%.

Interest in the topic related to refugees has grown significantly in 2022. The survey shows that if in 2017, every second person shared that they were not interested in this issue, now only 5.3% of respondents give such an answer.

You can find the entire study of the BluePo!nt agency on the BRC website https://www.redcross.bg/news/view?nwid=24318