Minister of Energy: Moscow has Decided Not to Supply Gas to Bulgaria 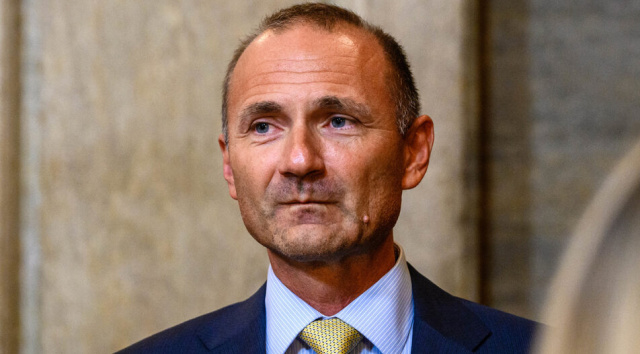 “The Kremlin has decided that Gazprom will not work with Bulgaria”. This is what the Acting Energy Minister Rosen Hristov claimed in an interview with the German journalist Rebecca Stegmann, given to "Capital".

"There is a decision in Russia that Gazprom does not work with us. I don't know how official this is or not. But we are trying to send a message to Russia that we are ready to resume negotiations within the framework of the current treaty. Under certain conditions, and these are the conditions provided by the European Commission, which Germany also follows," explains Hristov.

He specifies that "we should not compensate or make a political move to please Gazprom and make it happier and more compliant."

According to the minister, the previous regular government of Kiril Petkov reacted "very emotionally" in relations with Russia. Hristov says that Gazprom is "the second cheapest supplier of natural gas that we are in communication with or negotiating with."

He also points out that the cheapest gas comes from Azerbaijan, but adds that Russian gas is "an option we should explore."

"I mean, we have a contract that expires at the end of the year, we have quantities that we have to take - if we don't, there's a take-or-pay clause. So we potentially risk going to arbitration. I really don't understand the politicization of this issue, we have to think in a practical way," says the minister.

According to him, the cabinet has not made a turn towards Moscow and that it is only about already contracted gas.

According to him, the cabinet plans to diversify gas supplies from Turkey and Greece, as well as to provide slots for the delivery of liquefied gas from large companies such as Cheniere, Sempra, European Totale Energie, Shell.

"Then we can say that we have diversified and we can stay away from Russia," the minister believes.

Regarding the caretaker government's refusal of the 6 tankers with American liquefied gas agreed by the "Petkov" cabinet, Hristov claimed that "the whole deal was conceived in a very wrong way" - slots should have been reserved first, and then request a quote.