Mourning in Britain for Elizabeth II, King Charles III will make an Address 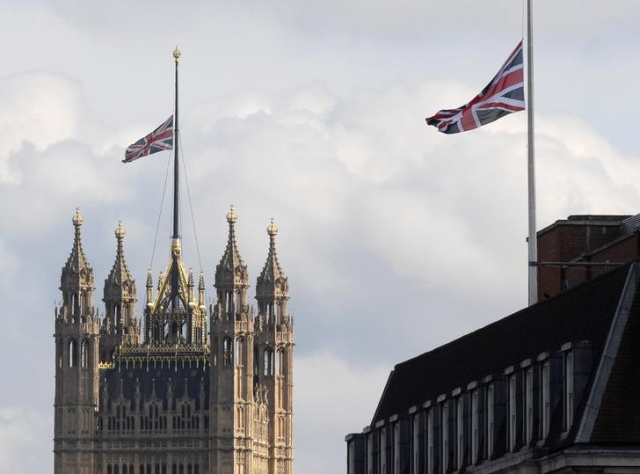 "The moment when history stops", is how the BBC defined the news of the death of the longest-reigning British monarch, Queen Elizabeth II.

The head of state of the United Kingdom is now her son - King Charles III. Mourning begins today in the country, and the state funeral will take place within two weeks.

The new King of the United Kingdom, Charles III, and his wife Camilla, who is now Queen Consort, stayed at Balmoral overnight, along with the late Queen's other children, Princess Anne and Princes Andrew and Edward. They were also accompanied by Edward's wife, Sophie, as well as the late Queen's grandchildren and Charles' sons, Princes William and Harry.

King Charles III is returning to London today to lead a period of mourning expected to last 10 days, during which life in the country will slow down. Many public and social events will probably be canceled, the work of Parliament will be limited, but MPs today, according to the protocol, must pay homage to Elizabeth II and swear in King Charles III.

The king will make an address to the nation, from which we will probably learn more details about what will happen in the coming days.

Otherwise, everywhere on the buildings of the monarchy and official government buildings, on buildings and bases of the armed forces, flags will be flown at half-mast.

The memory of the late Queen will be honored in places with church bells and cannon salutes. Many places will hold commemorative events, there will be a book of condolence.

A state funeral should be arranged within two weeks, most likely on the tenth day.

The British Queen died on September 8, 2022 - the year Britain celebrated her 70th anniversary on the throne.

At the time of her ascension, the prime minister of the country was still Winston Churchill.

Her reign included both the transformation of the former British Empire and the global vicissitudes from the start and end of the Cold War to her country's exit from the European Union.

Emblematic of maintaining political neutrality, in 2010 Elizabeth II ended her speech to the UN General Assembly in this way.

"I hope that when future generations judge our actions, our sincerity, our willingness to lead and our determination to do the right thing will stand the test of time. In tomorrow's world we must all work together and more vigorously than ever before if we really want to be united nations" - words of the British Queen, who died at the age of 96.

Reactions from around the world on the death of Elizabeth II

Britain's Queen Elizabeth II died last night at the age of 96. Her throne will be taken by her eldest son, Charles. Condolences are pouring in from around the world. British Prime Minister Liz Truss, in a statement to Downing Street, called the Queen's death a "deep shock to the nation and to the world."

Liz Truss said everyone was shocked. She called Elizabeth II "the rock on which modern Britain is built" and a true exponent of the spirit of Great Britain.

"We have lost not only our monarch but also our matriarch, the mother of the nation."

In a brief statement, the heir to the throne, her eldest son Charles, said "the Queen's passing is a moment of deepest sorrow for him and members of the entire family".

He will officially bear the title of King Charles III.

Just two days ago, Elizabeth II accepted the resignation of Boris Johnson and appointed his successor Liz Truss. Yesterday she postponed a video meeting with ministers, and this morning Buckingham Palace announced that she was placed under medical observation.

However, when reports began to arrive that the closest family members had left for Balmoral, the nation was alarmed.

There are no details yet on the cause of death.

Tens of thousands gathered outside Buckingham Palace, where the national flag was flown at half-mast.

UN Secretary-General Antonio Guterres said the Queen was respected around the world for her compassion, dignity and dedication. In his words, she has been a "reassuring presence during decades of radical change."

Similar was the statement of the President of the European Council, Charles Michel. According to him, Elizabeth II has never ceased to show the importance of enduring values ​​in the modern world with her service and dedication.

The president of the European Commission, Ursula von der Leyen, believes that the death of the longest-reigning British monarch leaves a sense of loss in the lives of many people around the world.

"Queen Elizabeth II was more than a monarch. She shaped an era." This was stated by US President Joe Biden in his proclamation on the death of the British Queen. Biden added that the presence of Elizabeth II has been "a source of comfort and pride for generations of Britons, many of whom do not know what their country is without her". In his proclamation, the American head of state emphasized the Queen's devotion to duty and the power of the example she has set. About the Queen, Biden added that she helped the "special relationship" between the United States and Great Britain.

Spain's King Felipe VI offered his condolences to Elizabeth II's son, King Charles III, and noted that her life was an example to all.

"A symbol of reconciliation after the two world wars" - that's what German Chancellor Olaf Scholz called it. He pointed out that Elizabeth II's dedication to the reconciliation of Germany and Britain after the horrors of the Second World War will not be forgotten.

Canadian Prime Minister Justin Trudeau said that in a complicated world, her determination was a comfort to all. Visibly saddened, Trudeau added: "She was one of my favorite people and I will miss her dearly. She was our queen for almost half of Canada's existence."

Australian Prime Minister Anthony Albanese paid tribute to Elizabeth II's wise and enduring presence in Australian life as she is the only British monarch to visit Australia.

Indian Prime Minister Narendra Modi tweeted that he will never forget her warmth and kindness.

Ukrainian President Volodymyr Zelenskiy said he was deeply saddened to learn of the death of the British Queen and extended his condolences to both the entire United Kingdom and the Commonwealth of Nations.

Irish President Michael Higgins said Elizabeth II was an incredible friend who had a major impact on the bonds of mutual understanding between the two nations.

In a joint statement, US President Joe Biden and First Lady Jill Biden described Elizabeth II as "the first British monarch with whom people around the world could feel a personal and instant connection". In their statement, they also highlighted the Queen's role in shaping common values ​​in the Commonwealth of Nations.

"By demonstrating friendship and respect for the newly independent states of the world, she advanced the cause of freedom and fostered lasting bonds that helped strengthen her dearly beloved Commonwealth of Nations into a community that fosters peace and shared values."

In his proclamation of Elizabeth II's death, Biden also ordered American flags to be flown at half-staff at the White House, public buildings and military sites as a sign of mourning.

Biden's predecessor Donald Trump, in a statement with his wife Melania, wrote that Elizabeth II will be remembered "for her loyalty to her country and her unwavering commitment to the people of this country."

Another former American statesman, Barack Obama and his wife Michelle Obama highlighted Elizabeth II's service to society, pointing out that on the throne she demonstrated "grace, elegance, tireless work habits, thus defying expectations for women of her generation."

Shortly after the news of Elizabeth II's death, flowers were laid outside the British Embassy in Washington.