Bulgarian MEP: The EU is considering redirecting Quantities of Natural Gas to Bulgaria 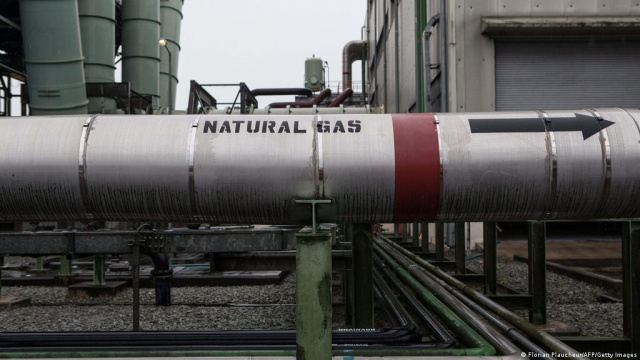 “At the moment, on a pan-European level, we are trying to find all possible solutions so that we do not end up with more severe forecasts for the winter. First of all, work should be done on diversification of our energy sources: completion of the Greek connection and the supply of the much-needed Azeri gas. We cannot ignore the fact that active attempts are still being made to negotiate with Gazprom for the delivery of the quantities stipulated in our current contract by the end of the calendar year.”

This was said in an interview for Bulgarian media BGNES by the MEP from the group of the Progressive Alliance of Socialists and Democrats in the European Parliament Tsvetelina Penkova.

The first priority thing to do is fill up the storage in Chiren. It is currently about 60% full, and the European average is over 80%. If the storages in Europe are full to more than 90% of their capacity, stable quantities of gas, sufficient for 1.5-2 months in winter, can be guaranteed.

“On June 27, the EU adopted a new regulation that obliges national authorities to fill at least 80% of underground gas storage by November 1 and 90% before the following winters. But there can be no criticism of Bulgaria at the pan-European level for the capacity of the "Chiren" gas plant not being filled on time, as Bulgaria was one of the first countries with gas supplies suspended,” Penkova is categorical. On the contrary, the EU is even considering diverting quantities of gas to our country as a sign of sympathy, from other countries that currently have better reserves in their storages, which are over 80% full. That is, even with suspended supplies, there are guaranteed quantities of natural gas.

Germany is the largest consumer of natural gas within the EU, and its consumption is close to 1/3 of the entire amount of the Union on an annual basis. Germany is currently in intensive negotiations for supplies of liquefied natural gas from Canada, the United States and Qatar, and natural gas with Norway and the Netherlands. Our country is doing exactly the same - it continues to work to complete the Greek connection, it continues to conduct negotiations for the supply of the quantities within the framework of the current contract until the end of the year, and to look for alternatives.

When asked where Bulgaria is moving according to the Recovery and Sustainability Plan, Penkova is categorical that there has definitely been a delay. "There are now indications that the first cash flows planned under this Plan should arrive fairly quickly. Of course, it is a matter of time, reaction and proper distribution of where the most necessary funds are to overcome this unprecedented and multi-layered crisis in which we find ourselves", added the MEP.