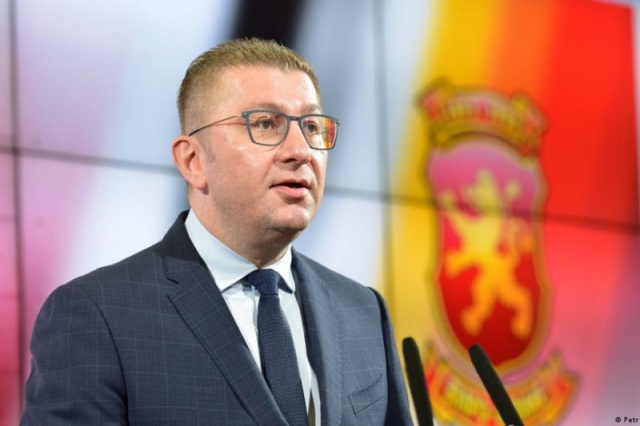 "Are you FOR the repeal of the Law on the Ratification of the Treaty of Friendship, Good Neighborliness and Cooperation between the Republic of North Macedonia and Bulgaria, published in the State Gazette of January 18, 2017?"

A proposal for a referendum on this issue was submitted to the State Election Commission by the leader of VMRO-DPMNE Hristijan Mickoski. VMRO-DPMNE is the largest opposition party in North Macedonia.

"Citizens will have the opportunity to say ‘in favor’, which means that the contract with the Republic of Bulgaria ceases to be in force, or ‘against’, i.e. it remains in force", specified Mickoski and called on "all political parties, all citizens, regardless of their ethnicity, regardless of whether they support one or another political force or are party undecided, all non-governmental organizations, literally all people to unite in social all-Macedonian unification and to oppose the main problem of the European integration of the country - the contract signed by the Republic of (North) Macedonia with the Republic of Bulgaria".

VMRO-DPMNE insist that the referendum be mandatory and not consultative in nature.

This initiative was supported by the leader of the Democratic Party of Serbs in Macedonia, but the Social Democratic Union of Macedonia and the Albanian parties do not approve of holding a referendum.

Yesterday, the country's president, Stevo Pendarovski, also stated that he does not support a referendum that annuls the Good Neighbor Agreement with Bulgaria, "because it would stop the country's European integration."

Mickoski claims that the best option for holding the referendum is together with early parliamentary elections.