Bulgaria: Water and Food will be Delivered to the Distressed Population in Karlovo Region after the Floods 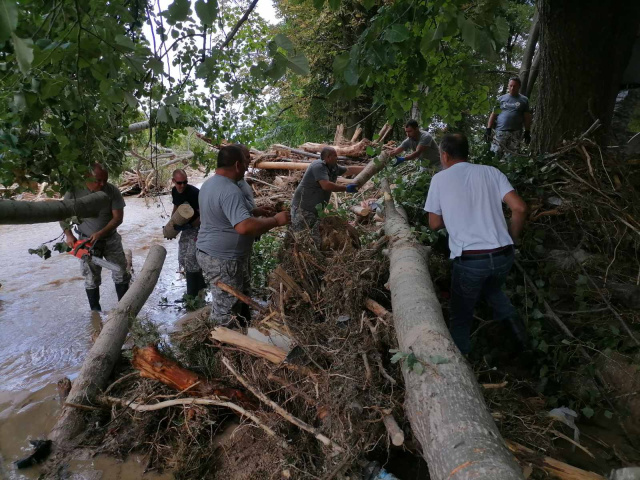 The biggest damage was caused to the infrastructure in the municipality of Karlovo after the flood. The state will help, acting regional minister Ivan Shishkov said at a briefing in the Council of Ministers.

It was announced at the briefing that the mayors of the municipalities affected by the flood will be exempted from waste fees.

“We have provided mineral water and canned food for the distressed population, these aids will be delivered today”, announced Acting Interior Minister Ivan Demerdzhiev. On September 15, at 2 p.m., there will be a meeting of the Commission on Disasters and Accidents.

“On Thursday - September 8 and Friday - September 9, together with the Minister of Agriculture and all departments, we will invite the local population and the media to carry out an on-site inspection of the local logging in the forests”, Demerdzhiev also announced.

7 houses have been destroyed, 60 houses are uninhabitable, 84 are unfit for living because they are partially damaged, announced the regional governor of Plovdiv, Angel Stoev.

He said that at the present moment in Karlovo Municipality there are 5 villages without water supply and 3 villages with partial electricity supply. "By the end of the day, 1 village will have water supply, and the rest will have temporary water pipes. These temporary water lines will work for about 10-15 days," he said, adding that the power supply is more damaged on the main streets, where there are downed poles. "We are currently working on the installation of new poles, when this is done we will be able to restore the electricity supply," Stoev pointed out.

He stated that they had an assurance from the Ministry of Defense that containers would be provided for people to live in. "Anyone who expresses a desire will be provided with a habitable home," said Stoev.

The Ministry of Agriculture envisages targeted admissions under the program for the development of rural areas in relation to the affected places, said Yavor Gechev, Acting Minister of Agriculture.

Gechev explained that they will explicitly want to return the affected villages to the scope of the rural development program so that they can help with the earmarked funds and added that all the wood that is collected in the settlements is only for the people who live on their territory. "No one will penalize people who collect wood from their yards", he is categorical.

"Farmers can submit their applications so that they can be compensated," Gechev added.

If you want to help the people, affected by the floods, read our article here.