Liz Truss is the New Prime Minister of Great Britain 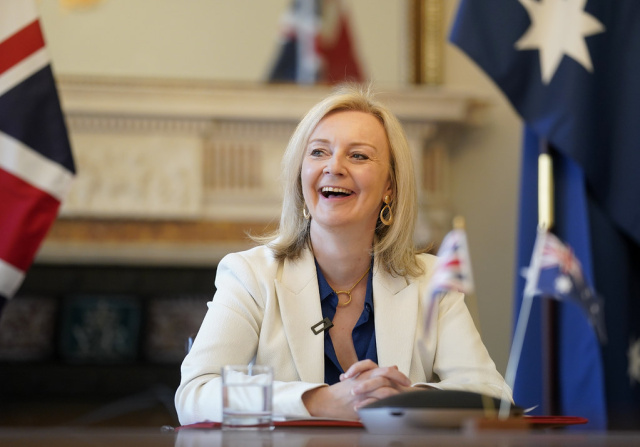 The new leader of the Conservatives in Great Britain and the next Prime Minister is Liz Truss. Tomorrow she is expected to be received by Queen Elizabeth II to be appointed as Prime Minister.

The results of the vote in the Conservative Party show that 81,000 party members voted for Truss, who was the Minister of Foreign Affairs. Her rival for the leadership post, Rushi Sunak, has the support of 60,000 voters.

Liz Truss will be the 56th Prime Minister in the country's history, the fourth in the last 6 years.

After the final vote by members of the ruling Conservative Party, she received 57.4% of the vote against 42.6% for her rival Rishi Sunak.

Liz Truss gave a short speech after the result was announced. She said she was honored to be the new leader of the Conservative Party and, respectively, the country's next prime minister.

Truss thanked her worthy rival, as she put it, in the person of Rishi Sunak and thanked outgoing Prime Minister Boris Johnson, saying:

"Boris, you achieved Brexit, defeated Corbyn, carried out mass vaccination and rebelled against Putin!". She indicated that she would deliver on all the Tories' promises to voters, including tackling the life-affordance crisis.

Boris Johnson and Liz Truss will travel to Scotland tomorrow, where at Balmoral the British Queen will accept Johnson's resignation and formally endorse Truss, entrusting her with forming a new government

Liz Truss becomes prime minister at an extremely difficult time for the country. It will have to deal with rising inflation, a crisis in the rising cost of living and energy bills, public dissatisfaction with pay expressed in strike action.

In terms of foreign policy, she faces unresolved problems from the consequences of Brexit and the conflict in Ukraine. But the main task, according to the political observers of the Island, is to unite the divided Conservative Party, because otherwise, its management could turn into a nightmare.

Future Prime Minister Liz Truss was born in Oxford, the daughter of a mathematics professor and a teacher. She studied in Scotland, where her father was a researcher.