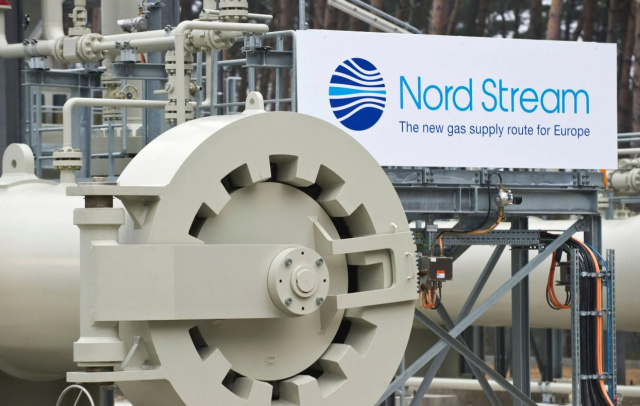 Natural gas in Europe rose almost 30% in morning trading, the first day since Russia announced it would indefinitely suspend one of its main pipelines to the EU, Nord Stream 1.

Late on Friday, Gazprom announced that there were technical problems at a compressor station on Russian territory that prevented the resumption of gas supply to Nord Stream, which was suspended on August 31 for a three-day scheduled maintenance.

The exchange price of the October) futures on the Amsterdam Stock Exchange rose to $2,855 per thousand cubic meters ($285 per megawatt hour) at the open on Monday, after closing at $2,213 on Friday, up 26 %.

That's below the $3,500 levels at which natural gas traded in late August after Gazprom announced it would be doing pipeline maintenance.

On Saturday, a spokesperson for the European Commission described as "cynicism" Russia's decision not to resume work on the Nord Stream.

"The Russian Federation prefers to burn the gas instead of fulfilling its agreed obligations to the European Union," the spokesman said after it emerged that Moscow was burning large quantities of gas destined for Germany near the compressor station it claimed, "Nord Stream" cannot be launched.

Russia continues to send gas to Europe via the Ukraine route, but this is not enough to compensate for the shutdown of Nord Stream.

The euro fell to a two-year low this morning in early trading on Monday after Russian energy company Gazprom extended the shutdown of its gas pipeline to Germany on Friday night.