After the Rains 200 Houses Under Water: State of Emergency in Bulgaria's Karlovo Region Remains 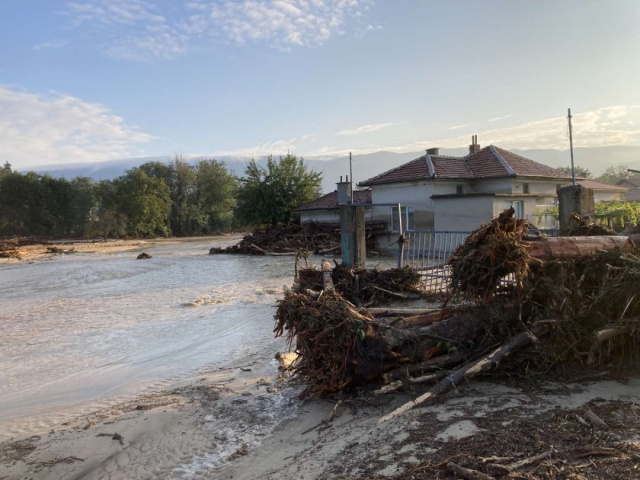 Throughout the night, the critical sections along the course of the Stryama River, which flooded 5 villages in Karlovo region, remained under observation. Heavy downpours, which poured more than 190 liters of water per square meter, led to the destruction of several bridges, dragged trees, cars and household items along their path.

The damage to the infrastructure is enormous, there is still no power supply. The Karlovo villages of Karavelovo and Bogdan were the most seriously affected, from where people in distress were evacuated last night.

See photos and video from the rescue operations yesterday here. 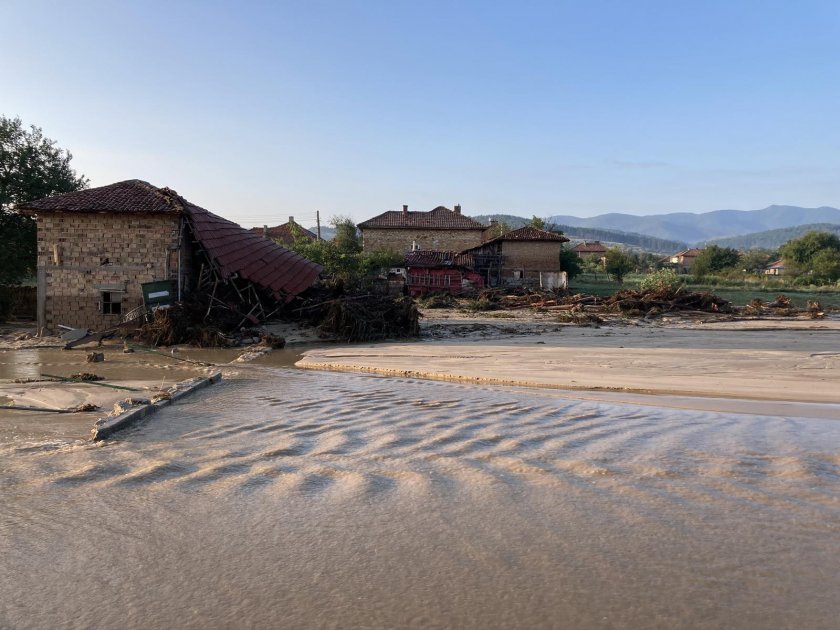 As a result of the prolonged intense rain, floors of residential and commercial buildings, industrial enterprises were flooded, the road surface was damaged, aggregates were washed away in the villages of Bogdan, Stoletovo, Karavelovo, Moskovets, Rozino, Slatina and Hristo Danovo, and in the town of Klisura.

A partial state of emergency is in effect in the area. 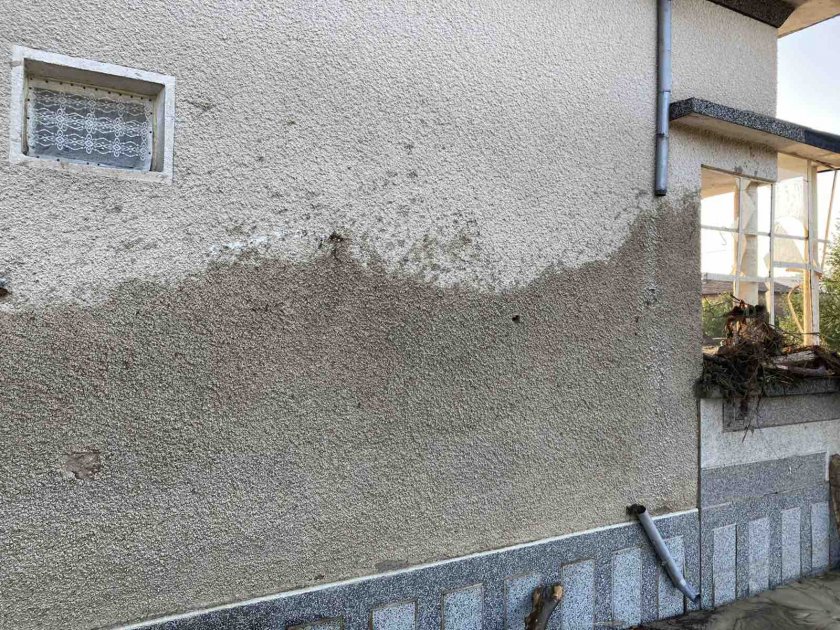 The mayor of the municipality of Karlovo, Dr. Emil Kabaivanov, announced that the water has already subsided, and people were evacuated from flooded houses late last night.

"People were also taken out of the populated areas, who are in villas, by helicopters, by rescuers with ropes. We have no more information about people in distress". 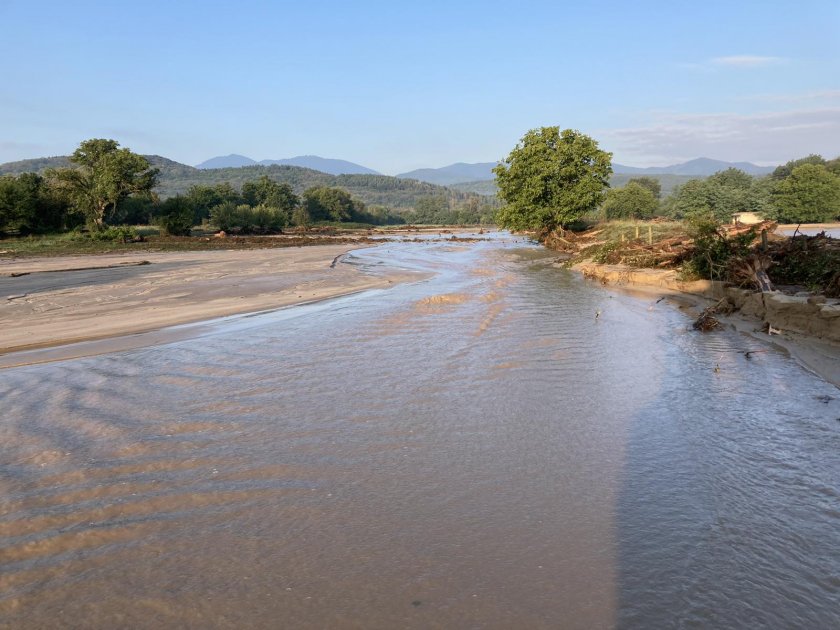 Today, a full house-by-house inspection will be carried out to check whether there are no distressed people left in the detached villages of Bogdan and Karavelovo.

"Several bridges and streets have been washed away. Today we have ensured the supply of food and water to the people. If we can restore one bridge, the supply will be on it or helicopters will be involved," the mayor added.

Last night, 7 people with chronic diseases from the flooded houses were admitted to the Karlovo municipal hospital. 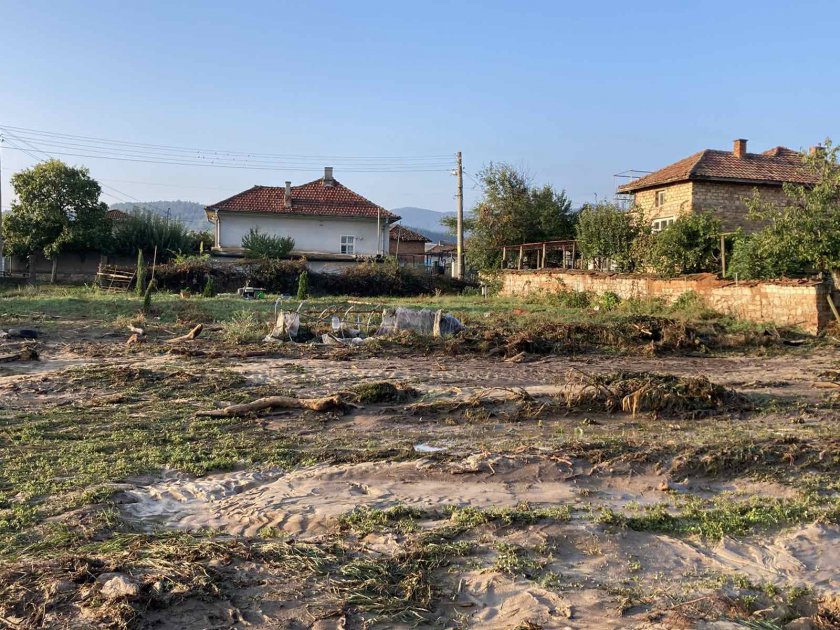 The mayor of Karlovo municipality is not committed to a summary of the damage at this stage.

According to the person on duty at the Plovdiv fire department, the Stryama river has begun to overflow in the area of ​​Vojvodinovo and the 134th km of the Trakia highway.

53 people were evacuated in the Dobrich region during the floods

Over 50 people were evacuated from their homes at night in the Dobrich region due to the heavy rains. According to meteorologists, the amount of rain that fell in Dobrich by 06:00 a.m. this morning was 69 liters per square meter.

More than 40 reports of flooded yards, ground floors of houses, streets and boulevards were submitted to the Regional Directorate "Fire Safety and Protection of the Population" in Dobrich, informs the OD of the Ministry of Internal Affairs. Rescue teams responded to 20 of them. Drainage will begin today.

53 people were evacuated from Dobrich and villages in the district. A bus with about 30 people stuck in Branishte. There are no reports of dead or injured people.

Around 2:00 a.m., water from the village of Bogdan came and briefly filled the level of the gully in the area of ​​"Russia" Blvd. The parking lot of a nearby commercial establishment was flooded.

The water has already drained away and there is no danger of another spill.

The road from Dobrich to the village of Bogdan is closed and cars are not allowed.

In the village of Branishte, the road is impassable due to accumulated mud.

The situation in the district is normalizing.

The traffic at the Kapakule - Kapitan Andreevo border crossing was paralyzed after a sudden torrential rain caused flooding.

Turkish media reports that the water has risen to such an extent that cars at the checkpoint have started to fill up with the incoming water. Rescue teams were dispatched in inflatable boats to evacuate people. The authorities have started to redirect the cars to the other border points with Bulgaria.

The Consulate General of Bulgaria in Edirne also advises on searching for an alternative route. On the page of the consulate in the social network "Facebook" there is a published phone number for emergencies related to Bulgarian citizens during weekends and holidays.