Albania, Serbia and North Macedonia will Ask the EU for Help to Survive the Winter 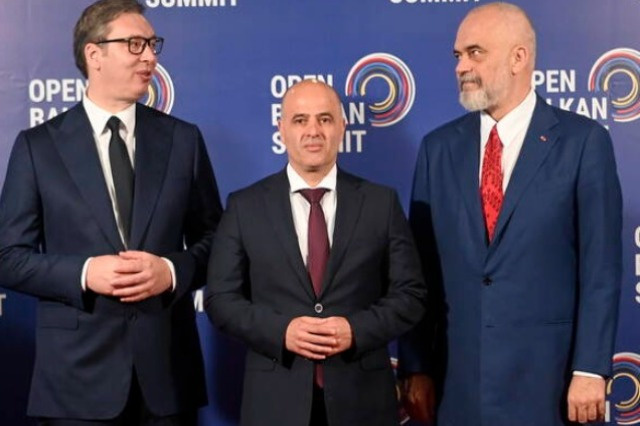 Serbia, Albania and North Macedonia have decided to help each other with energy and food shortages in winter and to ask for help from the EU. This happened at a meeting of the "Open Balkans" regional initiative on Friday in Belgrade.

"Everything of ours will be available to North Macedonia and Albania and vice versa," Vucic said at a press conference.

Serbia is almost entirely dependent on Russian gas imports and generates about 70% of its electricity needs in its aging coal-fired power plants, Reuters reports.

North Macedonia relies on fossil fuels and hydroelectric power and is also dependent on imported electricity. Albania produces most of its electricity in hydropower.

Albanian Prime Minister Edi Rama said the three candidate countries for EU membership would ask the EU to help them survive the winter.

"The best scenario for Albania would be half a billion euros (additional costs) for... uninterrupted electricity supplies," Rama said.

He added that the EU should not repeat "the shameful behavior of the (COVID-19) pandemic when the countries of the Western Balkans had to turn to China, Russia and Turkey".

The EU allocated 70 million euros for anti-epidemic measures and vaccines for the six countries of the Western Balkans, and the member states, including Bulgaria, gave them their vaccines against the coronavirus infection.

The Turkish and Hungarian foreign ministers also participated in the meeting as guests. After the meeting, Hungary's first diplomat Peter Szijjarto said that the war in Ukraine had brought Europe to a catastrophic situation.

In his view, European leaders have failed to protect ordinary Europeans from paying the price for the consequences of military action.

Szijjarto said that in addition to the energy crisis, the war is also affecting food supplies, and Hungary is already feeling increased emigration pressure as a result of economic migration.

The Open Balkan regional initiative was formalized in 2019 when Serbia, Albania and North Macedonia agreed to create an economic zone of 12 million people and open borders for people and products.