Bulgaria: "No to Putin, No to War" on the Monument to the Soviet Soldier in Burgas 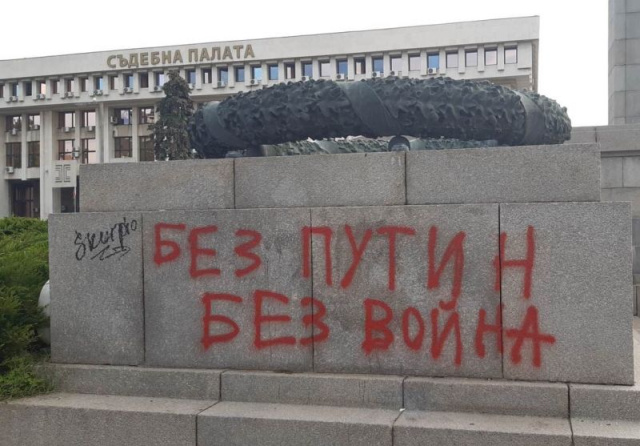 The monument to the Soviet soldier in Burgas, better known as "Alyosha of Burgas", is covered with inscriptions: "No to Putin" and "No to war!" bTV reported.

The hands of the Soviet soldiers are painted red - a symbol of the bloodshed in Ukraine. The controversial monument has repeatedly become a canvas for political messages in recent months. The municipality of Burgas said that they periodically clean the monuments in the city and this one will be cleaned again, but not immediately, since such cleaning requires a significant financial resource. The monument to the Soviet Army in Burgas is located in the central square of the city and represents a Soviet soldier who has his left hand raised to the sky. The monument itself is almost 18 meters high. There are bronze reliefs representing battles from the Second World War and the arrival of Soviet troops in Burgas.