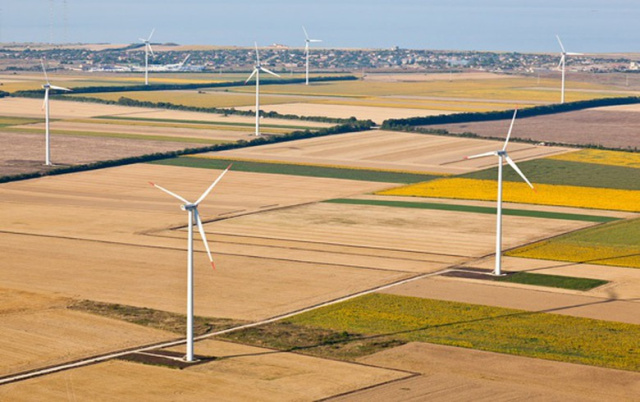 With its production in the last month, the largest wind farm in Bulgaria covered the monthly consumption of 68,000 Bulgarian households

St. Nikola Wind Farm marked a growth of 35% of the power generated in August 2022. Last month, the largest wind farm in Bulgaria generated 20,826 MWh of green energy, compared to 15,438 MWh in July 2022, an analysis of the wind farm’s production data shows.

The energy generated by St. Nikola Wind Farm in August is equal to the average consumption for the month of 68,000 Bulgarian households. Therefore, it can be said that the wind farm’s turbines have covered the consumption of all households in the Dobrich region for this month. That way, thanks to St. Nikola Wind Farm, the residents of the Dobrich region used only renewable energy and were carbon-neutral in their power consumption in August. That is a new step towards Bulgaria’s greener future.

For the eight months since the start of 2022, St. Nikola Wind Farm has produced 246,619 MWh of green energy for Bulgaria.

St. Nikola Wind Farm has 52 wind turbines with a total installed capacity of 156 MW and represents over 20% of the total installed wind capacity in Bulgaria. The wind farm supports the fulfillment of Bulgaria’s commitments before the EU for a share of RES in the total energy mix and helps the Bulgarian policy to combat climate change.

AES is the largest investor in the energy sector in Bulgaria. The company owns and operates the newest and most advanced thermal power plant in South East Europe – TPP AES Galabovo, and is the majority owner and operator of the largest wind farm in the country – “Saint Nikola” near the town of Kavarna.