"Trend" Survey: GERB Wins the Elections in Bulgaria with 5% Lead 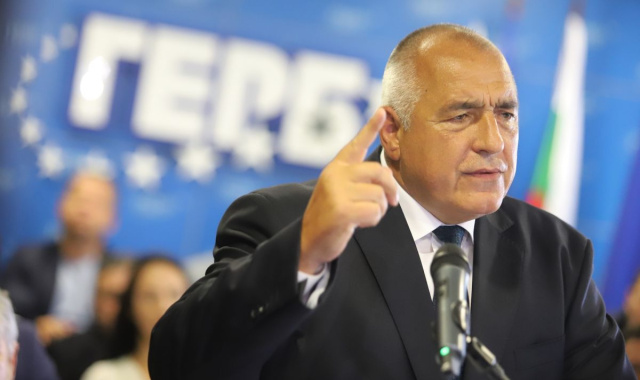 Seven parties will enter the parliament after the early parliamentary elections on October 2. This is shown by the results of a survey by the sociological agency "Trend" commissioned by Bulgarian media "24 Chasa". It was conducted among 1,007 adult citizens in the period August 15-22 using the methods of a direct semi-standardized face-to-face interview, using a tablet.

What are the party numbers on the ballot - see here.

The research shows that, compared to July, GERB increased its lead over "We Continue the Change" and it reached 5 percentage points. Those who announced that they will vote for sure are 52%. 24.4% will vote for Boyko Borissov's party. 19.6 percent will give their vote for "We Continue the Change", which is a drop of almost 2 percentage points in just one month.

The battle for third place is getting tighter and tighter. DPS maintains this position, which it also held in July, but "Vazrazhdane" managed to reduce its lag to 0.3 percentage points. 10.6% will vote for DPS, and 10.3% for Kostadin Kostadinov's party.

According to "Trend", it will not be known until the end whether "There Is Such a People" will enter the parliament. Slavi Trifonov's party collects 3.9% of the votes and is just below the threshold. Above the required 1% of the votes for a party subsidy are "Stand up, Bulgaria" of Maya Manolova and IMRO. 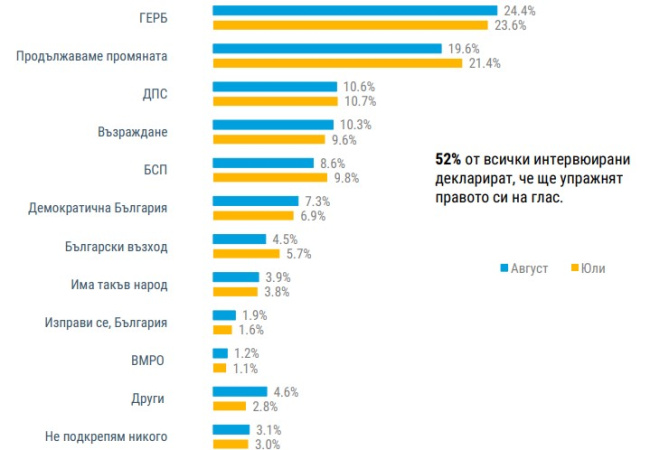 Order of political parties from top to bottom: GERB; We Continue the Change’ DPS, Vazrazhdane’ BSP; Democratic Bulgaria; Bulgarian Rise; There Is Such a People; Stand up, Bulgaria; IMRO; Others; I don’t support anyone