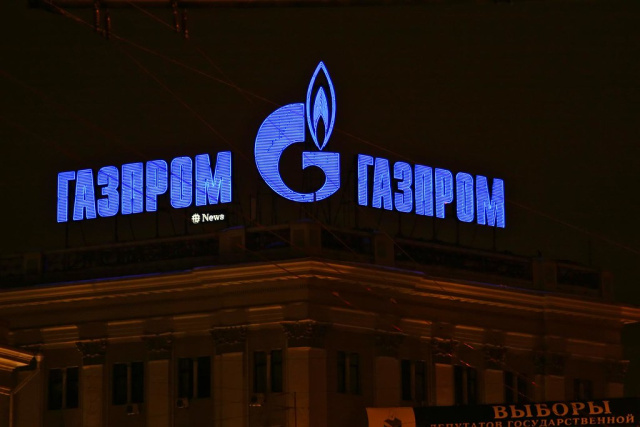 The company reported a net profit of 2.5 billion rubles for the first six months of this year. Oil and gas prices rose during that period, pushed up by supply concerns following Russia's invasion of Ukraine.

The Kremlin owns 49.3 percent of Gazprom and will participate in the payout of 1.21 billion rubles after the board offered investors a payout of 51.03 rubles per ordinary share. The decision will be presented to shareholders at an extraordinary general meeting on September 30.

The dividend represents a setback in Western efforts to stifle the Russian economy through sanctions. The UK and Europe have also taken steps to phase out imports of Russian oil and gas to prevent Western funding of Vladimir Putin's regime. Instead, however, Russia increased oil exports to Asia, and gas prices rose in response to cuts in Gazprom supplies to Europe.

Gazprom Deputy CEO Famil Sadigov said: "Despite the pressure of sanctions and an adverse external environment, Gazprom Group reported record revenue and net profit under IFRS in the first half of 2022, while reducing net debt and leverage to a minimum.”

The payout follows a decision in June to cancel Gazprom's annual dividend for the first time since 1998. The decision sent the company's stock down nearly 30% in one day.

The dividend decision comes as energy companies and politicians face a nervous wait to find out whether Russia will restart gas supplies via the Nord Stream 1 pipeline to Europe.

Russia said it had shut down gas supplies to the Baltic Sea pipeline from 5 a.m. Wednesday for three days to carry out repairs.

In recent months, Gazprom has cut gas production to its lowest level since 2008. In July, the flow was halted for 10 days for scheduled maintenance, but only at 20% of capacity amid a dispute over the inability to return equipment due to sanctions imposed on Russia.

The head of the Russian energy giant also said that basic maintenance of Nord Stream 1 equipment is not possible due to Western sanctions, the Interfax news agency reported.

This week, one of France's largest gas suppliers, Engie, said Gazprom would further cut supplies to the company due to disagreements over the implementation of some contracts. Since the start of the war, Gazprom has already significantly reduced supplies to Engie, which has a 9% stake in Nord Stream 1.

On Wednesday, the dispute escalated as the Russian company prepared to halt all supplies to its French contractor from September 1, citing missing payments.

Gazprom said the decision to suspend gas supplies to Engie was due to the fact that the French firm had not paid in full for gas supplies for July. Engie is understood to have deducted from the payment "compensation" for the drop in gas supplies in recent weeks.

European governments have accused Putin of using gas supplies during the conflict in Ukraine. Moscow denies this and cites technical reasons for the interruption of supplies.

The European Commission is exploring options for emergency intervention in wholesale gas markets amid fears of soaring bills and power outages this winter.

European countries are on average exceeding the gas storage targets set by the EU before the start of winter. European storage holds about 84 bcm of natural gas, which is more than the 65 bcm target set for September 1 and close to the 88 bcm target set for November.

France, Poland, Italy and the Czech Republic have already met the November target, while Latvia is the only country lagging behind its September target, Aurora consultancy reported.

The most storage space remains in Germany at 2.6 bcm, as it has higher targets and huge storage facilities.