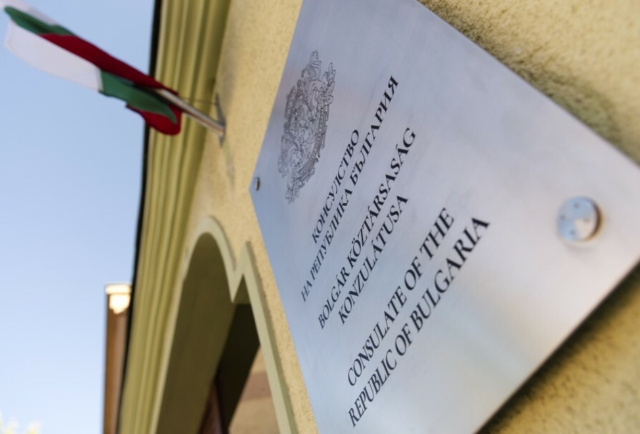 At today's meeting, the caretaker government decided to open consulates of Bulgaria in the German city of Dusseldorf and in the French city of Lyon, a new consulate in the Scottish city of Edinburgh, as well as an honorary consulate in Singapore.

The government argues that the opening of a consulate in Dusseldorf and the designation of the province of North Rhine-Westphalia as its consular district will significantly improve the access of Bulgarian citizens to administrative and consular services and will optimize the activities of the consulate of Bulgaria in Frankfurt am Main, whose consular district changed from covering the federal states of Hesse, North Rhine-Westphalia, Rhineland-Palatinate and Saarland to covering the federal states of Hesse, Rhineland-Palatinate, Saarland, due to extremely high workload.

Bulgarian citizens living on the territory of Germany, according to official data of the German state as of December 31, 2021, amount to 410,890 people, and at the end of 2021, 96,715 Bulgarian citizens were registered in the province of North Rhine-Westphalia.

The caretaker government approved an additional BGN 1,052,600 for the financial provision for the opening of the consulate.

A consulate of Bulgaria will be opened in France with headquarters in Lyon and a consular district covering the regions of Auvergne-Rhône-Alpes, Nouvelle-Aquitaine, Occitania, Provence-Alpes-Côte d'Azur and Corsica.

The approved costs for the opening of the consulate in Lyon are BGN 995,000.

Also, the Council of Ministers adopted a decision to open a consulate of Bulgaria in Great Britain with headquarters in the Scottish city of Edinburgh and with a consular district covering the territories of Scotland and Northern Ireland, as well as the counties of Cumbria, Northumberland, Durham and Tyne and Wear in England.

The consulate will assist in improving consular and administrative services for Bulgarian citizens residing in territories far from London, where the only diplomatic mission of Bulgaria in Great Britain operates.

The Council of Ministers approved BGN 671,200 for the financial provision for the opening of the consulate.

An honorary consulate opens in Singapore

An honorary consulate of Bulgaria will also be opened in Singapore, with the Singaporean citizen Goh Chee Hau Lanks appointed as the honorary consul of Bulgaria. Singapore is an important partner of Bulgaria in the region, as this year marks the 55th anniversary of the establishment of diplomatic relations, according to the government. The official expects the opening of an honorary consulate to contribute to the development of the significant potential of bilateral cooperation in tourism, educational and cultural exchange and other prospective areas.